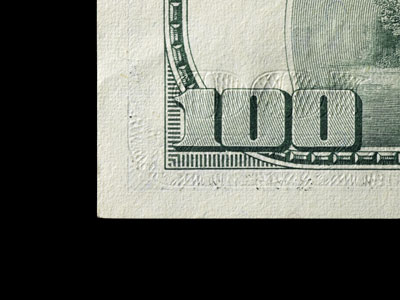 According to a popular credit card company, there are some things money can't buy. The Beatles would put love on that list. Other people might add intelligence or talent. But surely happiness could be had for a cool one or two million dollars. After all, what person doesn't feel a surge of positive emotions upon finding a $20 bill on the sidewalk or at the thought of winning the lottery? If only you had a bit of extra cash to throw around, you could quit your job, buy an island in the Caymans and relax on the beach for the rest of your days.

But psychologists and economists who have studied the relationship between money and happiness paint a different picture. According to them, you'd likely grow tired of your cabana in a matter of years. You see, people have an astonishing ability to adapt to all sorts of situations, and while that can be a good thing if you get locked out of your house during a drenching rain, it also means you'd quickly grow accustomed to a life of affluence. A shiny red Jag and new house in the Hamptons would be great for a while, but after a few days or weeks, their newness would wear off, and you'd go in search of the next best thing. Even surveys of lottery winners indicate that their initial joy at hitting the jackpot wears off in just a few months [source: Brooks].

The one place that money and happiness are significantly linked is when a person is unable to afford to meet their basic needs. There is an appreciable difference in levels of happiness between those below the poverty level and those above it. Homeless people in Calcutta, for instance, score a mere 2.9 on a 7-point scale of happiness, while multimillionaires in the United States rank themselves a cheery 5.8. Once people pass that poverty threshold, though, the money boost tapers off; Inuits in Greenland and Masai ranchers living in Kenyan dung huts are just as happy as the high-society Americans [source: Begley]. So while the Warren Buffetts of the world are indeed more content than beggars on the street, they're not a whole lot happier than people who herd cattle for a living.

Such data may leave all you lottery-playing hopefuls out there feeling rather dejected. But don't lose heart just yet -- there are more effective paths to happiness than hitting the jackpot. For starters, you may want to rethink quitting that job of yours.