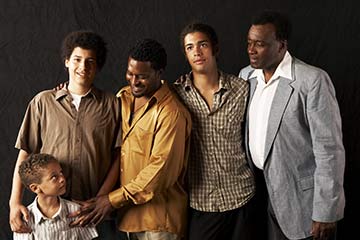 If your body really replaces itself every seven years, does that mean everyone in this picture is the same age internally? See pictures of healthy aging.
Thomas Northcut/Digital Vision/Thinkstock

Know yourself; love yourself; be true to yourself. These old adages have been batted around throughout the years by a whole cross section of artists, entertainers and philosophical types, from John Paul Sartre ("We only become what we are by the radical and deep-seated refusal of that which others have made of us") to Bob Dylan ("If you try to be anyone but yourself, you will fail") to Katharine Hepburn ("If you always do what interests you at least one person is pleased").

But how do you get to know yourself when you are constantly changing? Whether it's shedding skin, renewing the lungs or growing new hairs, the human body is in constant flux.

According to researchers, the body replaces itself with a largely new set of cells every seven years to 10 years, and some of our most important parts are revamped even more rapidly [sources: Stanford University, Northrup].

Some of you may be thinking, "Well, that explains why my spouse/sibling/parent/co-worker acts like a little kid." Others might be expecting those new cells to be the key to a longer life. Unfortunately, it's a little more complicated than that.

In the early '50s, researchers discovered the body's rejuvenating power by – yes, really – feeding and injecting subjects with radioactive atoms and observing their movement. They found that, on average, 98 percent of the That explains why our skin flakes off, our nails grow and our hair falls out. But if we are constantly being filled with brand-spanking-new cells, why is it that the body grows old? Shouldn't, this influx of new cells be like a shot of Botox? When it comes to aging, it appears that the secret lies not in our cells but, more specifically, in the cellular DNA [source: Wade].]atoms inside the body – the smallest units of matter, which form the molecules that help comprise bodily cells – are replaced each year. Most new atoms are taken in through the air we breathe, the food we eat and the liquids we drink [source: NPR].

More than five decades later, Swedish molecular biologist Dr. Jonas Frisen studied body tissue renewal by measuring levels of a radioactive material called carbon-14. This material was released in the air before testing nuclear weapons aboveground was banned in 1963. Carbon-14 is breathed in by plants, which humans and animals eat every day, and is part of our DNA. But unlike other atoms and molecules that are constantly changing, a person's DNA remains the same from the day of a cell's birth – which occurs when a parent cell divides – throughout its life span. When a cell divides, in other words, the DNA incorporated in the new cell includes a certain level of carbon-14 that corresponds to the level of the material in the air around us at the time. This serves as a time stamp of sorts, by which researchers can determine when the cell was created based on the level of carbon-14 in its DNA [sources: Wade, Science Update].

What Frisen found is that the body's cells largely replace themselves every 7 to 10 years. In other words, old cells mostly die and are replaced by new ones during this time span. The cell renewal process happens more quickly in certain parts of the body, but head-to-toe rejuvenation can take up to a decade or so.

That explains why our skin flakes off, our nails grow and our hair falls out. But if we are constantly being filled with brand-spanking-new cells, why is it that the body grows old? Shouldn't this influx of new cells be like a shot of Botox? When it comes to aging, it appears that the secret lies not in our cells but, more specifically, in the cellular DNA [source: Wade].

Doctors and scientists think that various cancers grow in the human body when cancerous cells self-replenish through division. But one of the most common forms of treatment, chemotherapy, works by wiping out a wide range of cells indiscriminately, without focusing particularly on those that are the source of the cancer. By learning how and when cells self-renew, researchers hope to be able to pinpoint cancer originators and block those cells from duplicating without interfering with other healthy cells [source: Stanford]. 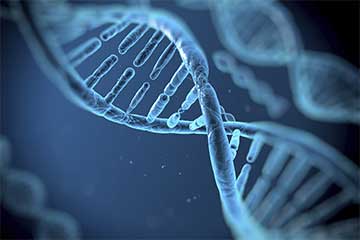 Glacier 'Mice' Move and That Has Scientists Stumped
What are endorphins?
Perfectly Preserved Prehistoric Lion Cub Found in Russian Permafrost