The Rewards of Curiosity 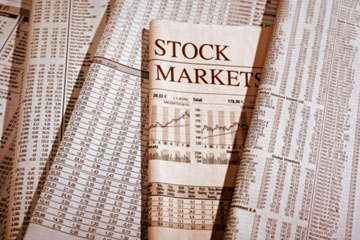 Even the most mundane and dry novel information arouses curiosity when a person is sensorally deprived.
Gregor Schuster/Getty Images

One of the underlying implications of the display of curiosity is that we must derive something from it. As children, we gain an understanding of our world (and that set of predictable expectations that can be disrupted by moving pencils) by constantly interacting with it. We learn things like, red stove: hot, dog's water bowl: wet, hardwood floor: hard. But what real reward is there to learning a great deal about other planets if your day job is in accounting? What's the point of learning another language if you have no plans to travel to its country of origin?

To drive theorists, the answer is that our minds crave distraction. This idea is supported by sensory deprivation studies carried out in the 1950s and 60s. Research has shown that those who are sensorially deprived, kept in rooms without light or sound for extended periods, crave any kind of input. One study investigating the effects of brainwashing found that people will ask to hear very dry information like an old stock report over and over again in the absence of any other kind of stimulation [source: Lowenstein].

We may also get other rewards from curiosity, aside from a means to stave off boredom. Cognitive psychologists propose that we form our identities in part through the information and attitudes we gain from being curious. Under this view, curiosity is like a vehicle we use to expand ourselves. It also appears that curious people are attracted to similarly curious people. One 2004 study found that high levels of trait curiosity tended to predict how close participants felt to one another. Shared levels of trait curiosity beat out even positive trait affect -- having a generally positive outlook on life -- as a factor. So curiosity may serve as a means by which we develop interpersonal relationships, possibly through the lack of fear of failure (in this case, social rejection) associated with curiosity.

On the other hand, a lack of curiosity has been linked to negative emotions. Studies have found that temporarily depressed participants display a lack of state curiosity [source: Rodrigue, et al]. The same holds true for studies of Alzheimer's patients. One 1992 study found that when presented with novel images, Alzheimer's patients spent significantly less time examining them than those without the disease [source: Daffner, et al].

The revelations that curiosity is related to mood uncover yet another question about curiosity: Does it have a biological basis?