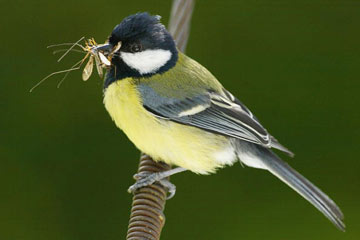 Despite having thus far failed to fully explain the existence of curiosity, psychology has contributed much to our understanding. One marker provided by the field, that curiosity is negatively correlated to fear, served as a guide for another scientific discipline, genetics.

In 2007, a team of researchers at the Max Planck Institute discovered what they termed a "curiosity gene" in the great tit songbird. This gene, the Drd4 gene, is responsible for creating receptors for the neurotransmitter dopamine. Birds displaying a common variation on the gene showed a greater propensity to visit new areas and explore unfamiliar objects placed in their cages [source: Max Planck Institute].

Animals have long been known to display their own types of curiosity, like rats exploring new areas of a maze without any expectation of food or reward and primates that learn to open windows on cages to get a peek at what's going on outside in the research lab. While this behavior may not fit the definition of human trait curiosity, the fact that the "curiosity gene" found in great tit birds related to dopamine is significant.

In the human brain, our curiosity is treated much like other pleasurable activities like eating. When we actively pursue new information through our curiosity, we're rewarded with a flood of the pleasure-inducing chemical dopamine.

In addition to the reward system, other areas of the brain play a role in curiosity as well. It appears that regions dedicated to working memory in the prefrontal cortex allow us to distinguish between new and previously experienced stimuli. After all, how could we have anything but curiosity if we couldn't recognize things we've already encountered? It looks like the center most responsible for our sense of curiosity is the dentate gyrus, a part of the brain's hippocampus.

In 2009, researchers discovered that increasing the expression of a protein that interacts with dopamine in the dentate gyrus significantly increased curious behavior in animals [source: PhysOrg]. Again, dopamine appears to play a significant role in curiosity.

Exactly how that role is carried out, and what other aspects of curiosity remains uncovered are still a mystery. Because curiosity is considered the driving force behind scientific curiosity, it's a pretty sure bet that it will eventually lead researchers to a full understanding of itself.