A Bit About Mitochondria 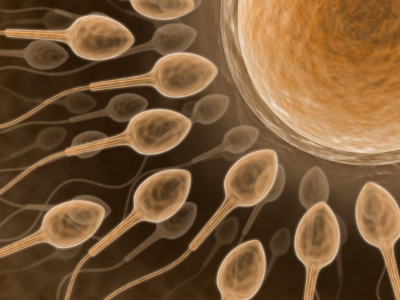 While female eggs contain lots of mitochondria, male sperm contains only a few, which are lost after fertilization.
iStockphoto

Biologists have been aware of mitochondria since the 19th century. But it wasn't until the late 1970s that the value of using the DNA within mitochondria to track ancient human history became clear. Mitochondrial DNA differs in a few key ways from nuclear DNA -- the variety of DNA located within the nucleus of each of your cells determines your eye color, racial features, susceptibility to certain diseases and other defining characteristics. mtDNA, on the other hand, contains codes for making proteins and carrying out the other processes mitochondria undertake.

The genes you carry in the form of nuclear DNA are the result of a merger between your mother's and father's DNA -- this merger is called recombination. mtDNA, however, is derived almost exclusively from your mother. This is because the egg of a female human contains lots of mtDNA, while male sperm contains just a bit of mitochondria. One of the functions of a single mitochondrion is generating power for the cell that contains it, and sperm use a few mitochondria in the tail to power their race towards the egg for fertilization. These mitochondria are destroyed after the sperm fertilizes the egg, and thus any mtDNA that could be passed on from the father's side is lost.

This means that mtDNA is matrilineal -- only the mother's side survives from generation to generation. A mother who gives birth only to sons will see her mtDNA lineage lost. Examination of mtDNA so far has yielded only rare and unusual cases where paternal mtDNA survives and is passed onto the child.

Mitochondria are also valuable to evolutionists because copies of the exact same mtDNA you have can be found in cells throughout your body. Within each cell, too, there may be thousands of copies of mtDNA. Conversely, the nuclear DNA in a cell usually contains just two copies. It's also easier to extract mtDNA than nuclear DNA, since it's found outside the fragile and more rapidly decaying nucleus of the cell.

What all this adds up to is that your mtDNA is the same as your mother's, since there is no recombination to form a third version, distinct from both your mother's and father's but a combination of both. This makes mtDNA much easier to track from an anthropological standpoint.

Humans have been around for a long time. In the hundreds of thousands of years we've been walking the planet, our numbers have grown. How is it that only about 200,000 years ago a single woman became the great-grandmother of us all? Shouldn't human history go further back than that?

Read the next page to find out about how humanity may have come close to extinction, setting the stage for Mitochondrial Eve to leave her enduring legacy.

­Researcher Daphne Preuss has found a way to add genetic material to plants. Learn what this could mean for improving crops and medical breakthroughs in this video from the University of Chicago.

A new Web-based DNA database may help provide researchers with the clues they need to beat some diseases. See how in this video from ScienCentral.

In this video from ScienCentral, you'll see how researchers have found DNA evidence in humans and apes that explains why human brains are so much larger.