by Alia Hoyt Mar 2, 2018
This panel in the Maltravieso Cave in Spain shows some hand stencils. Scientists have dated it to at least 64,000 years ago and determined it must have been made by a Neanderthal. H. Collado/University of Southampton

Were Neanderthals alive, they'd have a major inferiority complex. Since the first discovery of Neanderthal fossils, they've been compared to Homo sapiens, and found lacking. Seen by many as dumb and incapable of language, it seemed no wonder that the species disappeared at some point.

However, the Neanderthal reputation is enjoying some long-awaited street cred, thanks to researchers at the University of Southampton and the Max Planck Institute for Evolutionary Anthropology. The team used uranium-thorium dating techniques (which are more precise than the more common radiocarbon dating method) to confirm that three cave paintings in various parts of Spain are more than 64,000 years old.

The scientists found tiny carbonate deposits that contained traces of the elements uranium and thorium on the cave paintings. They were able to use those traces to determine when the deposits were formed and estimate an age for the artwork.

Why is this so significant? Homo sapiens (the species humans are descended from), didn't hit Europe until some 20,000 years later, making Neanderthals the default pre-Picassos. Plus, their use of symbols in the paintings turns the prevailing intellectual view of the species right on its ear. "When you have symbols, then you have language," study co-author João Zilhão, told The New York Times.

The cave art in question are mostly paintings red and black in color. The depictions are of geometric shapes, handprints, hand stencils, a number of animals and linear signs. "Thus, [Neanderthals] possessed a much richer symbolic behavior than previously assumed," write the authors in the study, published in the Feb. 23, 2018 issue of the journal Science.

This discovery could cause many anthropologists to re-think previous assumptions about other known cave art and how the species grew and changed over time.

"Soon after the discovery of the first of their fossils in the 19th century, Neanderthals were portrayed as brutish and uncultured, incapable of art and symbolic behaviour, and some of these views persist today," says study co-director Alistair Pike in a press release. "The issue of just how human-like Neanderthals behaved is a hotly debated issue. Our findings will make a significant contribution to that debate."

Now That's Cool
No one knows exactly why the Neanderthal species died out, but there are some prevailing theories. Perhaps the extinction of the large Ice Age game they relied on for food could have played a role. Or, they were not as well-equipped as Homo sapiens, who had tools like sewing needles for making warm clothing and bows/arrows for hunting. However, some experts say that they never completely went extinct, since Neanderthals actually interbred with Homo sapiens.

Your Smartphone Is a Vampire. Here's How to Fight It 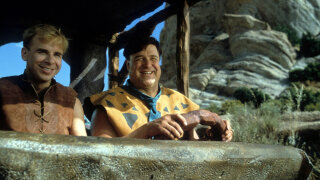 Were the Flintstones Neanderthals? 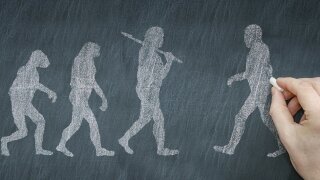 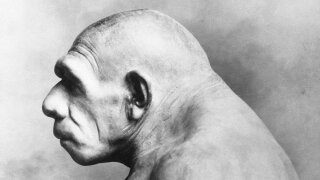