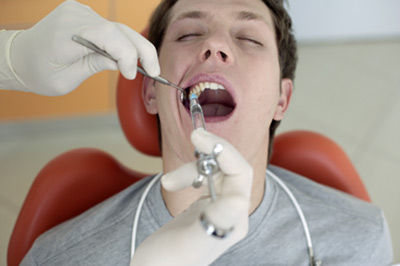 If you're ever stuck at a party with nothing to talk about, you might mention that you're having your wisdom teeth taken out. The very mention of these teeth can start a war of words, as people duke it out to prove that their oral surgery was indeed the worst experience ever. The details of this rite of passage are ingrained in each person's mind, so you'll hear lots of gory information -- how one girl's face swelled as big as a watermelon, how another girl battled dry sockets, how one fellow had to miss Christmas dinner because the only thing he could eat was Jell-O. Debates will rage about the virtues of going under or staying awake during the surgery, and battle-scarred soldiers will compare how many teeth they had pulled. You can sit back and congratulate yourself for livening up this party.

Wisdom teeth are more formally known to dentists as third molars, while informally, they're known to oral surgeons as cash cows and to those of us who've had them removed, a source of surgical misery. These teeth were named for the time at which they make their appearance at the very back of the mouth, which is usually between the ages of 17 and 25, when a young person might be pursuing wisdom with higher education [source: Cooper].

­The third molars have the nasty habit of becoming impacted, or coming in at a funny angle or in an unexpected location. This poor positioning can cause pain and infection, and even if the teeth happen to come in correctly, there could still be trouble ahead. The third molars are difficult to clean, so they could rot and infect nearby teeth; they may also crowd adjacent teeth, undoing years of straight alignments created by braces. For these reasons, dentists usually recommend removing wisdom teeth in young adults, before the teeth have the chance to attach to the jaw and complicate extraction.

Though you may miss a few days of school or work for the surgery, you probably won't miss your wisdom teeth once they're gone, because we don't use them anymore. But if we don't need them, why do these teeth come in at all? Is it possible they may eventually disappear?

The Evolution of Wisdom Teeth 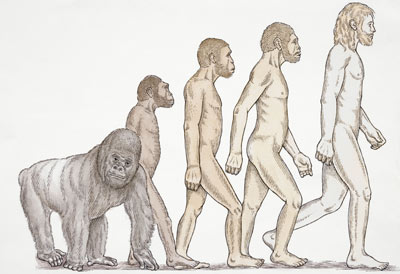 Track the progress of the jaw in this illustration of human evolution.
Doring Kindersley/Getty Images

There was a time when our jaws could comfortably accommodate all 32 teeth, including the third molars. You have to go back about 100 million years ago, though, to the prehistoric version of man. Instead of walking upright, this guy got around on all four limbs, with a massive protruding jaw leading the way.

Early man's jaws were larger and more prominent because teeth played a vital role in survival. With the front appendages occupied with balance and running, teeth were prehistoric man's means of catching, dismembering and consuming prey. Our ancestors subsisted on a tough and chewy diet of leaves, roots and raw meat. Having 32 teeth's worth of chewing ability was a huge advantage at this point, especially because early man didn't visit the dentist with the regularity we do today; third molars might have played an important backup role when teeth were lost or worn down.

Then evolution had its way with prehistoric man, and teeth weren't so important anymore. Hominids began walking upright, and arms took on a greater role in obtaining food. After that, brains became larger and jaws became shorter. Researchers still aren't exactly certain which came first, though in 2004, a team from the University of Pennsylvania announced they had discovered a gene called MYH16. Mutations in this gene lead to shorter jaws, which may have been the factor which allowed early man's brain to grow [source: Wilford]. However it happened, the change lessened the amount of space available to teeth in the mouth.

As our heads and jaws were changing, some cultural shifts were taking place as well. Around the same time, man was creating the first tools, including cooking utensils (designed, of course, by primitive prototypes of Food Network hosts). With bigger brains, man got wise to fire and its ability to soften food. Overall, man's diet became much more processed; compared to the roots and raw meat our ancestors ate, we might as well be eating strained applesauce. In fact, we wouldn't necessarily need any teeth at all to survive today, though dining out would be a dull affair. As it is, though, we definitely decreased our reliance upon the third molar.

Opponents of evolution place greater weight on the dietary shift and dental hygiene in lessening our reliance on wisdom teeth, discounting the role of our evolving jaws and brains. But when you line up a prehistoric jaw and a modern jaw, the space is clearly smaller. Can evolution explain the shift? And if our evolutionary history has lessened the need for wisdom teeth and created conditions inhospitable to third molars, will we ever lose them completely? 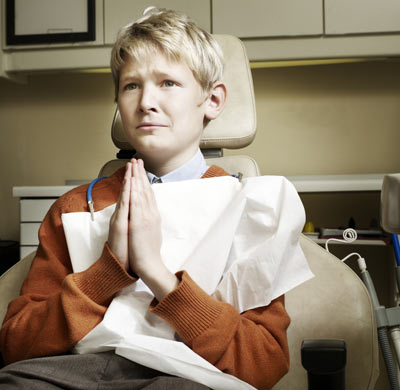 For many of us, it may seem like our wisdom teeth didn't get the memo that our evolved jaws are lacking space. But some people never develop wisdom teeth; in fact, these teeth don't appear in about 35 percent of the population [source: Spinney]. Are we on an evolutionary track to losing them altogether?

Some experts say it's possible these teeth will eventually disappear [sources: Flam, Usbourne]. Still, there are a few unknowns in the equation. Scientists aren't sure of the role that DNA plays in creating teeth at the third molar position [source: Colf]. Third molars develop entirely after birth, the only teeth to do so. Because these teeth aren't present at birth, it may be harder for nature to select against them [source: LePage]. For wisdom teeth to form, the tissue that starts the process of tooth building has to migrate back in the mouth to interact with the back jaw tissue. If this migration doesn't happen, then no tooth will grow there.

There may also be some environmental factors at work, including disease or head trauma, that stop the tissue migration [source: Silvestri, Singh]. It could also come down to differences in how various cultures use their jaws. For example, in the 1970s, researchers tied the larger jaw that was present in Eskimo women to their tradition of chewing leather to soften it. In parts of East Asia, it's more common to find people with fewer wisdom teeth, if any [source: Vines]. If people of a culture have reached the point where they don't use a trait, they may lose it.

But some scientists are beginning work on stopping the teeth from appearing altogether, so that we might bioengineer these teeth out of existence before evolution does it for us. Because there's a window of time in which there's no third molar, it might be possible to administer a laser or a chemical agent that would prevent the tooth growth. Preliminary studies have shown some success in dogs and rats [source: Silvestri, Singh].

Currently, the lack of wisdom teeth doesn't produce any great evolutionary advantage, particularly with the abundance of oral surgeons who can remove the wisdom teeth that do emerge. That makes it hard to say exactly how the trait might adapt in the future. Certainly, oral surgeons probably have their fingers crossed that these teeth continue to appear for a good long while. The rest of us will have to make do with lots of ice cream and the continuous exchange of surgery stories. Sure, those wisdom tooth lackers may claim they're more highly evolved because they don't have to go through a few days of misery, but what do they talk about at boring parties?

Wisdom tooth extraction is expensive, and recovering from the surgery is no easy feat, considering that pain, bleeding, swelling, infection and nerve injury are but a few of the complications. Still, removing wisdom teeth is recommended by many dentists to avoid the pain and periodontal disease that results from an impacted tooth. The surgery should be done during young adulthood, before the teeth attach to the jaw and become too difficult to extract.

In 2007, however, dentist Jay W. Friedman claimed in the American Journal of Public Health that at least two-thirds of wisdom tooth extractions are unnecessary [source: Friedman]. He and some other dentists argue that these teeth will come in at the proper position and cause no trouble. These dentists say that instead of simply doing preventative removals for most young people, we should only remove wisdom teeth that are impacted. Other dentists say that these teeth are still difficult to clean and should be removed.