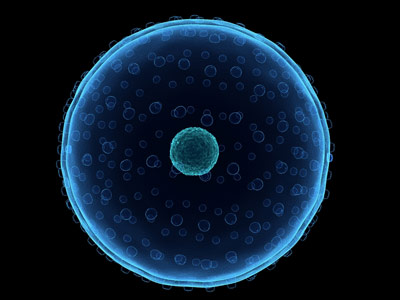 Artificial life could exist as soon as 10 years from now, according to an Associated Press article published in 2007. Learn about artificial life.

In late August 2007, an Associated Press article put forth the claim that scientists were no more than 10 years away from creating artificial life -- and possibly as few as three. Could such a thing be possible? Scientists have made tremendous strides in decoding human and animal genomes, synthesizing DNA and cloning. Creating artificial, functioning biological organisms seems to present a tremendous leap beyond any of these abilities. But some of the companies and researchers involved in the quest for artificial life believe that ­the 10-year time frame is possible. Not only that -- they say that the development of wet artificial life (as it's often called) will radically affect our views of biological life and our place in the universe. ­

­The claims about the impending invention of artificial life may be a tad bold. Among the skeptics is Francis Collins, head of the Human Genome Project, says the 10-year time frame is too ambitious. Even so, the prospe­ct of artificial life holds a lot of ap­peal, and we'll take a look at it in this article.

Wet artificial life is not a modified or genetically engineered organism. It's life created entirely from basic parts. But as we saw in our article about weird life, scientists do­n't have a rigorous, standardized definition of what life is. Even so, biologists have some basic ideas about which qualities artificial life needs to possess in order to be considered alive.

­First, artificial life needs to have DNA or genetic code. It also needs to be able to reproduce and to pass on its genetic code. The life form then needs somewhere to place its genetic code, a protective casing or membrane, similar to a cell wall, that keeps the DNA and other parts together. The cell wall should also allow for normal biological processes to be carried out. In other words, it should be permeable enough to allow for the absorption of nutrients and relatively impermeable against pathogens. Once its basic parts are together, the organism should be self-sustaining: It should eat and metabolize food. Finally, the life form needs the ability to repair itself and to adapt and evolve.

Developing some of these characteristics presents many challenges to researchers. But one Harvard scientist predicted (in that same AP article) that by early 2007, great advances would be made in creating cell membranes [source: Associated Press]. Keeping an artificial organism alive for more than a few minutes or a few hours is also a challenge, though scientists can focus on strengthening the organisms after some of the initial hurdles are overcome.

To create DNA, some scientists advocate placing nucleotides (the building blocks of DNA) inside the cell casing. The nucleotides could somehow be combined to form DNA. That in itself might pose a challenge, as enzymes may be required to assemble the nucleotides, which might violate the "basic parts" rule for creating artificial life.

On the next page, we'll take a look at more challenges that stand between scientists and artificial life. We'll also consider this question: Will artificial life forms get out of control?