The Birth of Darwin's Theory 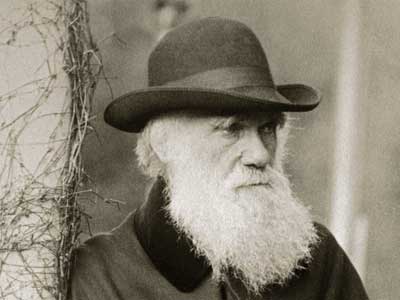 Charles Darwin proved to be one of the most inflectional men of his century, despite a less than spectacular early life.
Louie Psihoyos/Science Faction/­Getty Images

As a staunch agnostic, the elder Charles Darwin probably would have scoffed at the notion that he was destined to usher in such a drastic cultural change. Looking back at Darwin's early life and education, it's hard to say a path to greatness was truly paved for the future scientific icon. The second of six children, Darwin was born to be a proper English gentleman. His father, Dr. Robert Waring Darwin, sent him first to Anglican Shrewsbury School and then to Edinburgh Univers­ity, where he hoped his son would benefit from a solid science education and follow in his footsteps.

­Much to the elder Darwin's disappointment, young Charles despised anatomy and surgery, despite a fascination with the natural sciences. He had no qualms dissecting beetles and sea slugs, but grew nauseated at the thought of cutting into a human patient. Judging that his squeamish son wasn't cut out to be a physician, Robert Darwin sent him to a third school, Christ's College in Cambridge, figuring the hapless youth was best suited for religious life as a country parson.

Having hardly set the world afire with his accomplishments, the 21-year-old Darwin might well have continued his uneventful life. Despite an excellent scientific education and exposure to the more radical scientific theories of the day, he seemed poised to follow the wishes of his domineering father and spend the rest of his life as a religious man with mere scientific hobbies. Then, in 1831, Darwin received an invitation that would change his life.

Robert Fitzroy, a 26-year-old aristocrat, was slated to captain the HMS Beagle on a government-sponsored voyage to chart the coastal waters of South America. Fitzroy was prone to spells of depression if bored, so he wanted to bring along a good conversationalist to keep his spirits up. As ironic as it may seem in hindsight, Darwin was only invited on the trip because he was a young upper-class gentleman who could hold up his end of a conversation.

­The resulting five-year voyage had a profound impact on Darwin, allowing him to leisurely explore the fauna and wildlife of South America and its various islands, such as the Galápagos. In fact, the young naturalist spent two-thirds of the voyage on dry land while the Beagle charted the coastline and plotted ocean depths. During his travels, Darwin compiled notes and collected specimens of 1,500 different species, many of which European scientists had never seen before. He sent these findings back to England, quickly establishing a name for himself at home.

As Darwin surveyed the vast variety of plant and animal life, a theory began to form in his mind: that the rich variation he encountered was due, not to divine creation, but to the process of natural selection. He compared the variety found in modern specimens to those preserved in fossils and theorized that new species derived from older, similar forms of life.

­He returned to England a respected and famous scientist, but also carried back an idea that would change the world.

For a more in-depth look at the ideas Darwin was hatching, read How Natural Selection Works and How Evolution Works.