by Diana Brown Oct 30, 2018
Could scientists be using gene manipulation to create superhuman soldiers of the future? Devrimb/Getty Images

Countless superhero movies have been released in the past decade, playing to our fascination with people with higher than usual abilities. But what if people really could have superhuman abilities like those portrayed in the movies? It's a topic the hosts of Stuff They Don't Want You To Know covered in a podcast on human superpowers that included echolocation, super strength, and even body temperature regulation.

But since that podcast aired, new information has come to light about genetic mutations and some insane technological advancements that has provided even more honest-to-goodness examples of real-life Avengers. So Matt Frederick, Ben Bowlin and Noel Brown decided it was time to revisit this phenomenon — and its terrifying implications — in this episode of the podcast, Real Life Super Powers Part II.

Many of these so-called human superpowers owe their "powers" to a genetic mutation, just like Spiderman. For example, a gene mutation caused a rare disorder called adermatoglyphia, which is when someone is actually born without fingerprints. Though it seems like it would be useful (to criminals at least) it's actually far from it. About the only thing this genetic mutation does is cause delays for non-U.S. residents at airport security when they try to enter the country. Regulations require all non-residents be fingerprinted when they enter the country. It's often even referred to as "immigration delay disease."

Another gene mutation that one might consider a superpower could have been caused by the Black Plague. It's one of many deadly diseases that killed hundreds of thousands in Europe during the Middle Ages. But scientists now think it could have caused a mutation of the gene CCR5-A32 that left one in 10 Europeans immune to HIV. In fact, a healthy bone marrow donor with the CCR5-A32 mutation passed it on to an HIV positive leukemia patient, ultimately curing him of HIV.

Studying gene mutation can naturally lead scientists to gene manipulation — that's when they directly manipulate the genome using molecular engineering techniques. Scientists have been trying for decades to grow organs as a kind of backup for human parts or as a way to harvest stem cells. And some, quite controversially, have tried creating animal-human hybrids like the humanzee in China, and have conducted studies to find out how long a sheep could carry a human fetus.

Experimentation with human biology hasn't been limited to a lab, either; plenty of people, called "biohackers," have taken it upon themselves to enhance natural human abilities. Some of this biohacking is limited to simple dieting fads like Bulletproof coffee, but others have taken it to the surgical level, implanting magnets in their fingertips, for example.

Sounds like some crazy science fiction, but wetware — or human-implanted technology — isn't so strange. Technically, a pacemaker is wetware, and some might argue that even glasses count as wetware because they artificially boost your eyesight.

Governments, including the United States, China and Russia, have been particularly interested in wetware and gene mutations to enhance human abilities to create super-soldiers. These soldiers would have to be immune to pain, need no sleep, and have super-intellect, strength and stamina. They might also exhibit superpowers we've already seen in otherwise normal people, like extra-fast reflexes.

That's where it gets a little scary, since a race of superior human beings could be turned against the general population so easily. And who's to say a government would use them to keep peace when they'd be much better suited to wage war?

What other ways could these abilities be used and what other technologies are being invented to create these powerful beings? You'll have to listen to the entire podcast to hear Ben, Noel, and Matt cover all the bases of superhuman races.

Why So Many Women Remember 'Are You There, God? It's Me, Margaret' 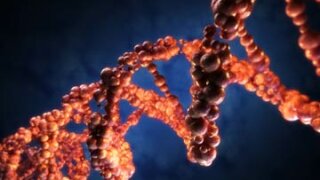 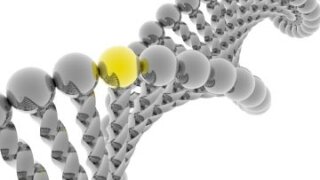 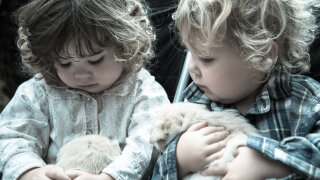