Browse the article Why do people laugh when they get tickled? 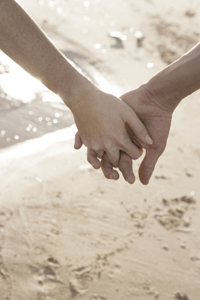 The sense of touch is a powerful sense indeed.
iStockphoto/hidesy

Touch is an extremely powerful thing. The reassuring caresses, squeezes and hugs exchanged between lovers and friends generate powerful physical and emotional responses. Euphoria, relaxation, conviviality, lust -- they all come from something as simple as one person's hand holding another's. A gentle kiss can create physical arousal. Under other circumstances, however, a touch can be menacing and threatening. An unwanted touch from a stranger can lead to feelings of exploitation and anger in the person who's been touched inappropriately.

Humans clearly respond to touch, both physically and emotionally. Some areas on our bodies are more sensitive than others, however. Consider being touched by another person's finger lightly on the top of your thigh, a few inches above the knee. Not much of a reaction, is there? But imagine that same finger making its way slowly toward your ribcage, just above where it meets your underarm. Perhaps you've just drawn your arms closer to your sides to protect this sensitive area from being tickled by the hypothetical finger. Do you have a smile on your face? Are you giggling?

If so, don't be too surprised. Tickling and laughter (or a smile at the thought of tickling, perhaps) fit together like a hand in a glove. When we're tickled in the right circumstances and in certain areas, we can't help but to laugh. No, really -- laughter is an involuntary response to tickling [source: Provine].

It's easy to take the connection between laughter and tickling for granted, but the truth is that this response to tickling is an odd one. This raises a question: What's the basis of the ticklish laughter response? First, we'll take a look at the physiology of tickling. 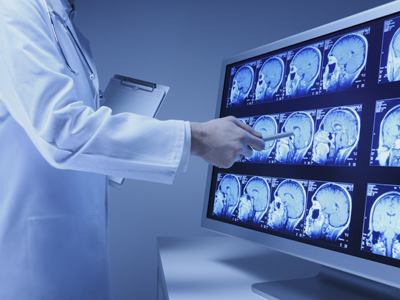 MRI scans like these have yielded the brain’s secrets surrounding the process of ticklishness.
Gregor Schuster/Getty Images

Beneath your skin lay millions of tiny nerve endings that alert the brain to all manner of touch and exposure to things like heat and cold. It's this sense that allow us to keep from burning our hand off if we put it on a hot stove or to know we should put on a coat and another layer of clothing when it's freezing outside.

When these nerve endings are lightly stimulated -- for example, by another person's fingers or by a feather -- they send a message through your nervous system to your brain, which analyzes the message. The effect of a light touch that results in a tickling sensation is the result of the analysis of two regions of the brain. The somatosensory cortex is responsible for analyzing touch; for example, the pressure associated with it. The signal sent from the skin's sensory receptors also passes through the anterior cingulated cortex, which governs pleasant feelings [source: Blakemore]. Together, these two create the tickle sensation. This sensation seemingly results from a light touch: As anyone who's ever been tickled too hard can attest, too much pressure can cause tickling to go from pleasurable to painful.

We know these two regions are associated with tickling through the use of functional MRI (fMRI) studies. This technology also revealed why we can't tickle ourselves: The cerebellum, located at the back of the brain and responsible for governing movement, can predict a self-tickle and alerts the rest of the brain that it's coming. As a result, the intensity of the sensation is muted [source: Uhlig and Derbyshire].

Why would the brain do this? It may have something to do with sensory attenuation, the process by which the brain filters out unnecessary information in order to concentrate on the important stuff [source: Queen's University]. A predictable light touch from your own fingers appears to not be worth your mind's attention, so your brain discards the information before it has a chance to enter your consciousness.

The fact that you can't tickle yourself supports the idea that tickling is a product of socialization. Find out what the science of happiness has turned up about the social aspects of tickling on the next page. 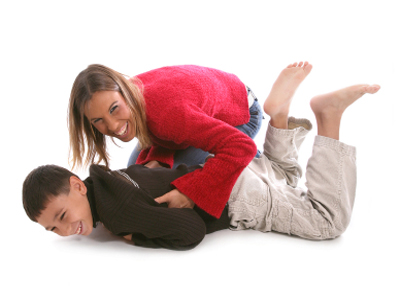 A mother engaged in an act of aggression against her own son. What a world.
©iStockphoto.com/sgtphoto

Studies that have sought to test the Darwin-Hecker hypothesis have consistently shown techniques that improve humor, like watching stand-up comedy clips, don't make a person more or less prone to ticklishness. When we laugh during a tickling episode, it's not because we find it funny. Why do we laugh, then?

Evolutionary biologists and neuroscientists have explained (to a point) why we laugh when we're tickled. Simply put, we're showing our submission to an aggressor. The areas of the human body that are typically the most ticklish are the same ones that are the most vulnerable to injury. Humans have evolved to live in social groups and one function of these groups is to pass on knowledge from one generation to another. Through tickling, one person is teaching another to defend himself from attack.

Visualize what you did earlier when that hypothetical finger came at your underarm. Your arms drew close to your side as a defense mechanism. When tickled, a person will also try to fend off the tickler and squirm in an effort to escape. "Tickle attacks [are] the most benign form of human conflict," writes neurologist Robert Provine [source: Provine]. By evoking an involuntary laughter response, the tickle attack remains innocuous, with neither side taking the conflict too seriously.

On the next page, we'll look at some of the more ticklish spots you likely have on your body. 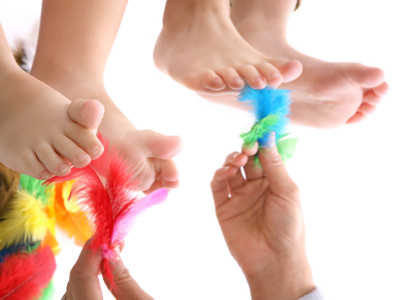 The soles of the feet carry an abundance of highly specialized nerve endings that make them extra ticklish.
©iStockphoto.com/sgtphoto

The soles of the feet and the underarms are two of the most common ticklish places on the body. But the feet's ticklishness fits nicely with Darwin's theory, since the soles of the feet are accustomed to diffuse pressure from the rest of the body when we're standing or walking [source: Mintz]. You probably won't get much of a response if you try to tickle the sole of another person's foot by pushing the open palm of your hand against it. What's more, the soles of the feet have a high concentration of Meissner's corpuscles, highly sensitive nerve receptors located close to the skin's surface [source: BBC]. These nerve endings make the feet extra ticklish.

As we saw on the last page, the most common ticklish spots are also often those most vulnerable to attack, at least around the upper body. Your underarm contains the axillary vein and artery, and it also allows unimpeded access to your heart, since the rib cage no longer provides protection to the chest cavity at the underarm. The same goes for another ticklish spot, the neck. Without protective bones in either place, it would make sense that we would reflexively react to another person touching those areas. The neck contains all kinds of vital material. It houses two of the most important arteries in the human body -- the carotids, which supply the brain with blood. The trachea, which brings air into the lungs, is also located in the front of the neck.

Ultimately, we can't say for certain why people laugh when they're tickled, just as we're not entirely certain why people are ticklish in the first place. As long as there are older siblings and parents around, though, one would think that this unfunded and informal experimentation will continue unabated.

For more on tickling and related topics, please see the links on the next page.