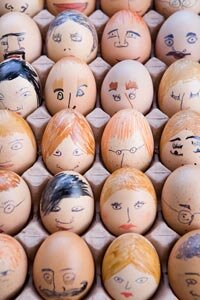 You can tell a lot about people (and eggs) by what's on their faces. See the source of emotions with brain pictures.
Dimitri Vervitsiotis/Digital Vision/Getty Images

After taking just one look at someone, why do we sometimes immediately know we don't like him or her? We usually chalk this up to instinct, intuition or a "gut feeling," but researchers have found that there's something more going on that just barely meets the eye -- microexpressions.

The human face is a medium, or a sign vehicle, that sends us a message. When we "read" a face, there's quite a lot of data to sift through. One part of the medium is its basic structure and muscle tone. Is it long and angular or round and chubby? Often, we'll see a stranger's face and flip through a mental Rolodex of sorts, matching the shape of the new face with ones we already know. We also perceive changes that have taken place, such as scarring, weathering of the skin or wrinkles. Taking into account artificial adornments, such as eyeglasses, makeup, tattoos or piercings, we make personal judgments based on what the person has added by choice.

­Providing more immediate information are the changes in a person's face, such as smiles, frowns or scowls. These changes provide us with the most obvious information about someone's mood or immediate intentions. Expressions represent the person's intended message, the one he or she is trying to convey. A person trying to gain your trust will smile. Someone trying to scare you will scowl.

­When we communicate, we try to collect as much verbal and nonverbal information as possible. We also try to control the outgoing expressive information we display to others in order to:

Let's learn more about the science of expressions -- and which seven expressions all humans share.

Facial Expressions: The Seven Faces of Adam and Eve 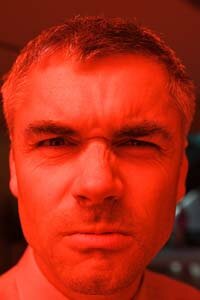 You know that when you speak to your parent or child, a frown indicates sadness or dissatisfaction. But is it because a frown is a learned behavior? One researcher, Paul Ekman, wondered this same thing. He decided to travel the world to study people from different cultures to determine if our expressions are learned behaviors. After studying people from foreign cities, faraway lands and isolated jungles, Ekman learned that all humans share at least seven primary facial expressions with identical meanings:

Ekman went even further and, with fellow researcher W.V. Friesen, mapped out (through observation and biofeedback) which facial muscles were responsible for which expressions. He codified them into a system called the Facial Action Coding System (FACS).

The anatomy of a face
DEA PICTURE LIBRARY/Getty Images

Measuring expressions isn't so easy. For one thing, the FACS doesn't identify the emotion, only the muscles involved in making an expression. The measurements used are Action Units (AUs), with each Action Unit representing a specific motion (for instance, bunching the eyebrows together is AU 4, raising the eyebrows is AU 1). The measurements don't include "sneer" or "half-smirk," because using such descriptive terms might influence the interpretation of a specific expression. It's also noted whether the expression is voluntary or involuntary, spontaneous or intentional.

­The intensity of an expression is also important. Smile strength (identified as AU 12) can be classified one of six different ways, depending on the degree the corners of the mouth are turned up. Eye constriction (AU 6) is likewise measured. Measuring duration takes into account the time it takes your mouth to reach the apex of its smile, how long the apex is held, and the time it takes to return to a nonsmiling state. Are other expressions simultaneously occurring? Are they connected or separate from the smile? Is the smile symmetrical? If not, what are the measurements for each side of the face?

And to think of all those bumper stickers demanding that you "Smile!" without once taking into consideration how complicated an order that is to fulfill.

Next, we'll learn about the frowns between the smiles: microexpressions. 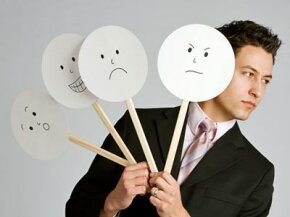 Since many facial expressions and the emotions they represent are common to the entire human species, our brains are wired to search for and interpret these facial cues. Likewise, when we feel something on an emotional level, our faces have a peculiar habit of exhibiting an expression that matches the way we feel, sometimes without our knowledge or without the desire to put our emotions on display across our faces.

This pesky trait can be quite revealing, even though an unintended expression may last only a fraction of a second. These superfast expressions that suddenly appear in the middle of another -- sometimes opposite -- expression are microexpressions.

While we provide others with visual information about the way we feel through our expressions, other information "leaks" out of our faces between or during these intentional expressions. Microexpressions can be as brief as about 1/25 of a second [source: Ekman]. They occur so fast that they're often not perceived by the conscious mind of either the expresser or the person observing the expression. As few as 10 percent of people are even aware of seeing microexpressions when tested [source: Zetter].

Microexpressions can be much more accurate signs of a person's true feelings and intentions than the expression he or she is consciously producing. The smiling salesman may flash a millisecond-long sneer of contempt, or the fierce-looking man approaching you in the parking lot may have a sudden look of fear wash across his face.

Even when we're consciously unaware of detecting a microexpression, it still influences our brain activity and alters our perception of the expressions we do consciously see on another's face. So, if you see a "happy" expression plain as day on someone's face and there were no microexpressions preceding it, you'll identify it as happy. But if the "happy" expression is preceded by a sneering microexpression that you aren't even conscious of detecting, you'll be more likely to describe that same "happy" face as "cunning" or "untrustworthy." This may go a long way in explaining that uneasy feeling that leads you to walk away from someone thinking, "I don't know what it is, but there's just something about that person …"

This subconscious processing can slip into overdrive. Studies have shown people with ­social anxieties have more brain activity than normal when they subconsciously detect a "fear" microexpression. Since threatening situations produce negative feelings for them, detecting signs of fear in other other people creates the same anxious response [source: Tremmel]. Making matters more complicated, the expressions for "fear" and "surprise" are very similar and often confused by observers.

Ekman shares his knowledge with law enforcement and intelligence agencies to help them better detect suspicious behaviors or deceptions, such as a millisecond-long look of fear expressed by someone approaching an airport security check. Ekman believes the ability to detect and interpret microexpressions can be improved by studying changes in human faces using photographs or video.

Spotting terrorists in line at the airport is just one extreme use of the ability to detect microexpressions. It can also benefit us in normal situations. When we misperceive microexpressions, we can make false assumptions about the people with whom we communicate. This creates distance in our relationships, instead of increased awareness. By tuning into microexpressions, we can improve our chances of seeing a big sign from a very fast sign vehicle. 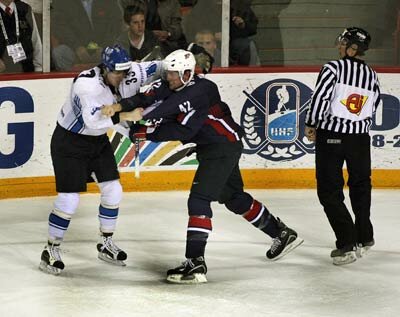 Up Next
How Anger Works
Explore More 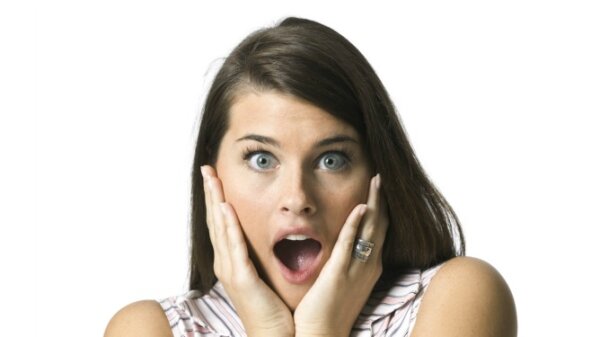 You May Like
Why do people blush?
Explore More