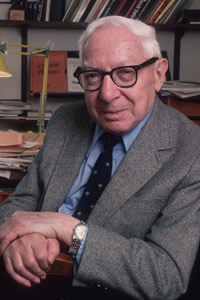 Medical technology has come so far in recent years that it's now possible for imaging scans to ­dissect the body into wafer-thin pictures and create three-dimensional models of organs and tissues to find abnormalities and diagnose disease. Yet a relatively new type of scan called functional magnetic resonance imaging (fMRI) takes the technology one step farther. Not only can it help diagnose diseases of the brain -- it might also enable doctors to get inside our mental processes to determine what we're thinking and feeling. fMRI might even be able to detect whether we're telling the truth.

fMRI is based on the same technology as magnetic resonance imaging (MRI) -- a noninvasive test that uses a strong magnetic field and radio waves to create detailed images of the body. But instead of creating images of organs and tissues like MRI, fMRI looks at blood flow in the brain to detect areas of activity. These changes in blood flow, which are captured on a computer, help doctors understand more about how the brain works.

The concept behind MRI has been around since the beginning of the 20th century. In the early 1930s, a Columbia University physicist named Isidor Isaac Rabi experimented with the magnetic properties of atoms. He discovered that a magnetic field combined with radio waves caused the nuclei of atoms to "flip," a property now known as magnetic resonance. In 1944, Rabi was awarded the Nobel Prize in physics for his pioneering work.

In the 1970s, Paul Lauterbur, a chemistry professor at the State University of New York, and physics professor Peter Mansfield from the University of Nottingham in England, individually used magnetic resonance as the basis for developing a new diagnostic technique, called magnetic resonance imaging. The first commercial MRI scanner was produced in 1980.

Then in the early 1990s, a physicist named Seiji Ogawa who was working at what was then Bell Laboratories in New Jersey, discovered something while conducting animal studies. He found that oxygen-poor hemoglobin (the molecule in blood that carries oxygen) was affected differently by a magnetic field than oxygen-rich hemoglobin. Ogawa realized that he could use these contrasts in the blood oxygen response to map images of brain activity on a normal MRI scan.

The basic idea behind Ogawa's discovery had actually been proposed more than a half-century earlier by chemist Linus Pauling. In the 1930s, Pauling had discovered that the reaction of oxygen-rich blood and oxygen-poor blood to the pull of a magnetic field differed by as much as 20 percent. In fMRI, pinpointing these differences enables scientists to determine which parts of the brain are most active.