by Patty Rasmussen
Next
What hand you end up using is determined by about 25 percent genetic factors and 75 percent non-genetic factors. Roger Wright/Getty Images

Righties rule, uh, right? Well, the world is made up of about 90 percent right-handed people so it's simple math that lefties make up the other 10 percent of the population. Folks who are truly ambidextrous — those who use right and left hand equally well — make up a negligible sliver of the population. But is ambidexterity inherited or learned and, if so, can it be learned as an adult?

"A little bit of both," Dr. Sebastian Ocklenburg, says in an email. Ocklenburg is a professor of psychology at Ruhr University in Bochum, Germany and the author of The Asymmetric Brain, a blog focusing on handedness. "Handedness is determined by about 25 percent genetic factors and 75 percentnon-genetic factors like environmental influences and it clearly runs in families, so it is somewhat inherited, but learning might also affect it," he says. "I think ambidexterity for a specific task (e.g., hitting a tennis ball with a racket) [is possible], but full ambidexterity for all tasks is unlikely."

Handedness, the skill and comfort a person feels using one hand or the other, is considered a complex genetic trait. And since genetics are involved, hand preference develops before a person is even born. But like other complex traits, handedness (including ambidexterity) doesn't have a simple pattern of inheritance.

Yes, there's a greater chance that children of left-handed parents will be left-handed than children of rightys. But, remember, the chance of being a lefty is just 10 percent, so most children of lefties are still right-handed. And while identical twins are more likely than non-identical twins to be either right- or left-handed, many twins have opposite hand preference. And that's before we even talk about whether a child's handedness is allowed to develop naturally or the parents are influencing which hand their child is using.

Hand dominance typically develops around age 3 and is fully developed by age 4 to 5. In other words, if a person is truly ambidextrous, their parents will know it by the time they are school age.

When he was 4 years old, former Major League Baseball pitcher Billy Wagner broke his right elbow and spent the summer in a cast. In his memoir, "A Way Out: Faith, Hope and Love of the Game," Wagner vividly recalls being a natural righty at the time and already mad for baseball. But for the next six weeks he threw only left-handed. When the cast came off, he was in for a surprise. When he tried throwing with his right, the ball went nowhere. He'd lost not just strength, but coordination, for baseball in his right arm and gained it in his left.

"I was a natural righty then, and still am," Wagner wrote in his book. "I do everything right-handed — eat, hold tools, write, start the lawn mower — everything except pitch."

Wagner wouldn't be considered ambidextrous, though he certainly managed to have an incredibly successful career working with his non-dominant hand. Baseball is full of other players who switch hit, meaning they hit equally well from either the left or the right side and that means they're comfortable facing left or right-handed pitchers. Some, like Hall of Famers Eddie Murray, Mickey Mantle and Chipper Jones, were very successful. But they, like Wagner, weren't truly ambidextrous, something very difficult to do. And why is that?

Former Major League Baseball pitcher Billy Wagner, seen here pitching for the Atlanta Braves in 2010, could theoretically be considered ambidextrous though he's really not. He does everything with his right hand except pitch, which he did left-handed throughout his career.
Kevin C. Cox/Getty Images

Can You Become Ambidextrous?

"Handedness is something that is generated in the brain, not the hands," Ocklenburg says. "As such, the half of the brain contralateral to the hand is better in controlling fine motor movements (e.g., the left-brain hemisphere in right-handers). The strength of this preference varies between individuals. Some people have a very strong preference for one hand and resulting from that, greater issue in using the other for specific tasks. So, it's the brain that sets the barrier."

If the brain sets the barrier, the brain can also remove it. Take the case of Billy McLaughlin.

McLaughlin is an award-winning guitarist known for a unique style of play — placing both hands on the fretboard, though he was predominantly a right-handed guitar player. But in the late 1990s and into 2000, despite having a record at No. 7 on the Billboard charts, he was struggling with control problems. He was missing notes when he played and suffered with muscle spasms and contractions until he was unable to perform. Finally in 2001, McLaughlin was diagnosed with focal dystonia, a movement disorder causing muscles to contract involuntarily. Though advised to find another career, McLaughlin opted to teach himself to play left-handed — and he succeeded.

So this begs the question: Can we teach ourselves to become ambidextrous as adults? A 2007 study found that as we age, we actually become more ambidextrous on our own, in part because the hand we use loses its dominance. The study was small, and included 60 participants, all strongly right-handed according to the Edinburgh Handedness Inventory (EHI). The participants completed various computerized dexterity tests, which included line tracing, an aiming task and tapping.

However, overall performance appeared to decline with increasing age, especially for the right hand, leading researchers to believe that, "we become more ambidextrous as we get older because our dominant hand loses its superior dexterity and becomes more like our weaker hand."

Some people have wondered whether attempting to become ambidextrous could strengthen the brain and potentially slow or "fight" the effects of aging or dementia. "That is a myth," Ocklenburg says. "While it is true in general that brain training is a good idea when aging, research has shown that what gets strengthened is what is trained. So, if I train to write with my non-dominant hand, this would affect the motor brain areas of the contralateral half of the brain – but not the areas involved in memory. Thus, a specific memory training would make more sense in aging/dementia."

A study found that as we age, we become more ambidextrous because our dominant hand loses its dexterity and becomes more like our weaker hand.
pixelfit/Getty Images
Now That's Interesting

Believing that ambidexterity provided better brain function, in the early 20th century John Jackson established the Ambidextral Culture Society. The society was founded on the premise that "it was possible to do two things well at the same time and that every ordinarily intelligent person is capable of becoming as expert in the performance of two concurrent and unrelated acts as he can be in the separate accomplishment of one." The hype died down around the middle of the 20th century when the benefits of ambidexterity failed to appear.

Squirrels Can Be Left- or Right-handed 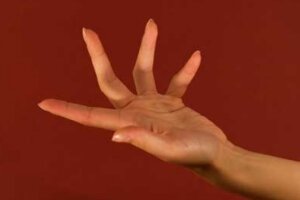 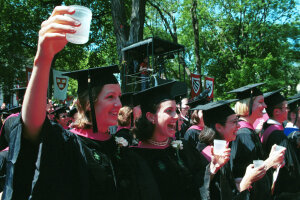