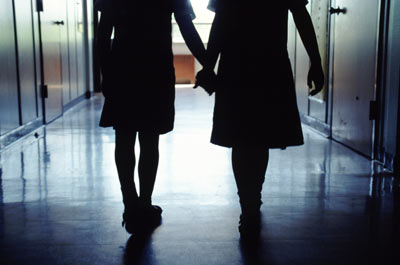 Collective hysteria can spread when a fear exists of exposure to a disease, combined with a contained, stressful environment.
John Foxx/Getty Images

How much power do our minds have over our physical health? Is health simply a biological concept, or is there more to it? A recent story from Mexico may provide some clues.

In 2006, a mysterious illness began to affect girls at a boarding school in Chalco, Mexico, near Mexico City. The school, which is run by Roman Catholic nuns, is one of 10 in Asia and Latin America operated by a charity called World Villages for Children in Asia. The girls, ages 12 to 17, showed strange symptoms: difficulty walking, fever and nausea. After the girls returned from a 10-day Christmas break, the illness spread. Eventually 600 out of the 3,600 girls at the school showed symptoms. Still, no one could figure out what was making the girls sick, and public health officials were called in.

After conducting numerous tests, surveying the facilities and interviewing some of the afflicted girls, doctors have decided that a psychological disorder is responsible. Its official name is mass psychogenic disorder, also called collective hysteria, mass psychosomatic reaction or mass hysteria.

Mass psychogenic disorder is a rare -- but not unheard of -- phenomenon. The disorder is usually characterized by the mysterious spread of a variety of symptoms without a discernible cause. It frequently occurs in isolated communities. Teenagers and girls are also frequent victims. Collective hysteria can spread when a fear exists of exposure to a disease, combined with a contained, stressful environment.

Dr. Victor Manuel Torres Meza, director of epidemiology for the Mexico State Health Department, told the New York Times that there were 80 documented cases of mass psychogenic disorder around the world. In the case of the girls at the Mexican boarding school, they live in a highly structured environment, following a disciplined, regimented routine. Correspondence and interaction with parents is sparse -- children see their parents no more than three times a year. Between visits, letters are permitted; however, the girls are not allowed to call home. An environment with that combination of stressors likely contributed to the illness’ spread. The school eventually allowed parents to take their children home, and those who were sick recovered quickly.

In hopes of finding the trigger and learning more about this particular outbreak of mass psychogenic disorder, 20 doctors and psychologists have begun interviewing the girls who are currently or have been sick. 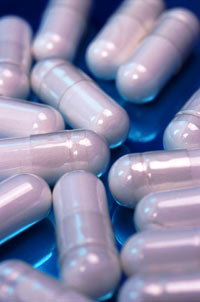 Mass psychogenic disorder is a phenomenon that can be understood as resulting, in part, from the nocebo effect. Think of the nocebo effect as the opposite of the placebo effect. Instead of good thoughts or associations producing a positive outcome, bad thoughts and associations produce bad results. For example, in the early 1990s, a study showed that women who believed they were prone to heart disease were four times more likely to die than women who didn’t believe they were susceptible, even though both groups of women had similar risk factors [source: Washington Post]. The study showed that when people feel that they have been exposed to a contaminant or a disease -- or that they are predisposed to becoming sick -- they are more likely to develop symptoms.

If you think about it, this may not seem that unusual. We feel effects based on the power of the mind all the time, whether it’s the placebo effect or feeling sick after eating food you think is bad for you.

But the nocebo effect can be a difficult thing to study -- after all, who wants to make patients sick? However, it is an important thing to consider, both for better understanding the brain and because drug side effects, commonly associated with the nocebo effect, cost the U.S. health system tens of billions of dollars a year [source: Washington Post].

Why are drug side effects important? Let's consider another study, in which patients took either aspirin or another blood thinner. Two groups of patients were told that a common side effect of aspirin was gastrointestinal pain, while another group received no warning. In the end, the patients with the most information about possible problems were most likely to complain of gastrointestinal pain, even though examinations showed that side effects were evenly distributed among all three groups [source: Washington Post].

In a now-famous experiment from 1886, a woman who claimed to suffer allergies from roses was shown an artificial rose. Upon seeing the rose, she developed congestion, shortness of breath and other symptoms of an allergic reaction. When the woman was told the rose was fake, the symptoms went away, and days later, she no longer experienced an allergic reaction among real roses.

Even the color of pills has been shown to influence how people react to medication [source: Washington Post]. Red and orange pills are generally considered stimulating, while blue and green are seen as depressing. Perhaps not coincidentally, DayQuil and generic visions of the drug are usually red or orange, and NyQuil and its generic counterparts are usually green or blue. 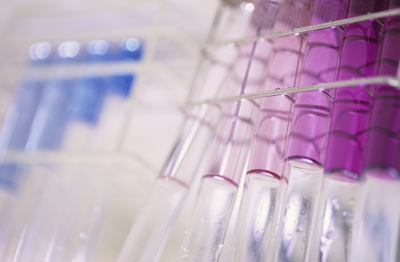 Multiple chemical sensitivity is an allergy to many types of common chemicals without explanation.
Andy Sotiriou/Getty Images

All of these phenomena -- the placebo and nocebo effects, mass psychogenic disorder -- are results of psychosomatic effects, where the mind influences how people feel. The above experiments show the tremendous power of the mind, which when combined with a stressful, highly controlled and contained environment like that of the boarding school, can cause false symptoms to spread rapidly. In the case of the girls at the boarding school, the situation can become severe, and a sense of panic can surely make the problem worse. Fortunately, it seems the situation was handled well and the girls are recovering, though there’s no word if rules at the boarding school are going to be relaxed, particularly regarding phoning home.

As Dr. Torres Meza told the New York Times, the incident at the boarding school was not the only case of mass psychogenic disorder. In November 2006, sixty girls and teachers at a convent in Liberia began crying out with grief, experiencing seizures, fainting and foaming at the mouth. A doctor later explained the symptoms as mass psychogenic disorder [source: Liberian Observer]. In December 2006, children became sick at a British school after watching a human biology film. More than 30 students and a teaching assistant were taken to a hospital as a result [source: Times Online].

In a truly bizarre case, a story emerged last month in London, in which a woman revealed she’s “allergic to modern living” [source: AllHeadline News]. Debbie Bird claims that she’s allergic to electromagnetic fields (EMF) from computers, microwaves and cellular phones. EMF fields, Bird claims, give her skin rashes and make her eyelids swell. She has made her house an “EMF-free zone” with carbon paint on the walls and covered her windows with protective films. She and her husband even sleep under a silver-plated mosquito net to keep out radio waves.

Debbie Bird’s not the only one of her kind. Many other people suffer from mysterious ailments where they experience genuine symptoms without any discernible cause. These afflictions include multiple chemical sensitivity -- an allergy to many types of common chemicals -- and “sick building syndrome,” in which people become sick from time spent in a building (frequently an office) without any apparent cause.

So what’s the solution to mass psychogenic disorder and other mystery ailments? Do we all just lighten up or tell our brains to leave us alone? There’s no real cure except to get away from the location the illness is associated with and to consult a doctor. (Clearly many of these people are suffering stress based on their environments and the way they’re living their lives.) While much more is yet to be learned, science is making great strides in discovering more about the mind, how it influences health and how certain thought processes occur and affect us. In fact, as we reported a couple of months ago, scientists are even developing methods to read minds! Perhaps that should scare us most of all.

For more information on collective hysteria and related topics, try the links on the next page.

How Dopamine Works
Why It's Human Nature to Ignore Our Instincts
Is the brain hardwired for religion?