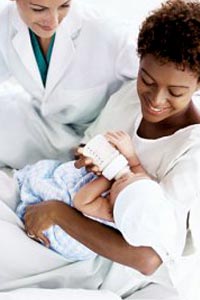 In the world of pain, women hold the ultimate trump card: childbirth. Stereotypically, men might seem better equipped to grin and bear a ghastly range of injuries, but they can never experience what many consider to be the height of human agony that takes place in hospital delivery rooms.

A pregnant woman's body even undergoes certain changes in the third trimester to prepare it for labor pains. Especially during the last 18 days of pregnancy, a soon-to-be-mother's pain threshold elevates as pain-mitigating opioid receptors go on red alert and levels of pain-reducing hormones spike [source: Toomey]. In fact, even after the baby is born, a mother will continue to demonstrate a higher pain tolerance than women who haven't had children, according to a 1992 study from the University of Western Ontario [source: Hapidou and DeCatanzaro].

But while women can endure the excruciating pain of childbirth, studies show that they're more sensitive to general pain than men [source: Society for Neuroscience]. In fact, over a lifetime, women experience more pain than men, and of all cohorts, white women older than 45 years report the most pain [source: Kritz].

To get a sense of how wide this painful gender gap is, consider the prevalence rates of certain chronic conditions:

Of course, sorting out the gender disparities of pain responses doesn't boil down to women being the weaker sex. Rather, male and female bodies don't process pain the same way. If a man and a woman each place their hands on a hot stove, different parts of their brains will activate. In 2003, researchers at UCLA discovered that the cognitive, or analytic, region of the male brain lights up, while the female limbic system, the brain's emotional headquarters, springs into action [source: University of California - Los Angeles].

So does that emotionally charged limbic response mean that women are merely making a louder fuss than men over the same amount of pain? Not quite. 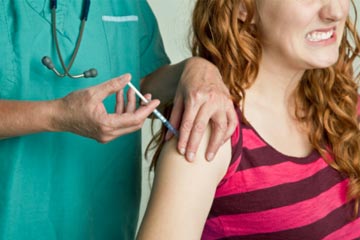 When it comes to coping with pain, women are the more voluble sex [source: Kritz]. Men, on the other hand, tend to bear their burdens quietly. Some researchers attribute that pattern to social conditioning; gender roles permit girls to cry and express their feelings more openly than boys, who are expected to keep a stiff upper lip.

But a study at the University of Florida debunks this social theory. Psychologists offered male and female participants a certain amount of money depending on how long they were able to hold their hands in an ice water bath. The researchers hypothesized that the monetary reward would eliminate any social gender norms, making both sexes equally motivated to hold their hands in the freezing water for as long as possible [source: Dye]. However, even with the cash incentive, the men still outlasted the women.

Psychologists also theorize that women's innate mindfulness might contribute to heightened pain sensitivity. In general, women are more attuned to how they feel physically, which might mentally predispose them to noticing pain. Females also have a higher incidence rate of anxiety and depression, which researchers have linked to greater pain sensitivity in women -- but not in men [source: Toomey].

Furthermore, research indicates that female bodies naturally respond to painful stimuli more intensely than males'. In one experiment, women's pupils dilated faster than men's when uncomfortable pressure was applied to their fingers. Since pupil dilation is a physiological response to pain that's controlled by the autonomic nervous system, the study demonstrated that the females' keener pain responses are beyond conscious control [source: Toomey]. And to top things off, fluctuating female hormones can either dampen or amplify pain on any given day.

For the women in the ice water study, research indicates that the time of the month could've impacted their pain tolerance. Although scientists haven't been able to quantify the precise effects of the menstrual cycle on pain, studies have drawn a correlation between estrogen and pain thresholds in women. Specifically, when estrogen levels crest, the female body responds more effectively to pain, releasing a greater amount of soothing endorphins and enkephalins [source: Dye]. This estrogen-pain connection could explain why postmenopausal women with low estrogen suffer more from chronic painful conditions, such as fibromyalgia [source: Kritz].

Due to the differences between how male and female bodies process pain, some scientists have started taking a gender-specific approach to formulating painkillers. 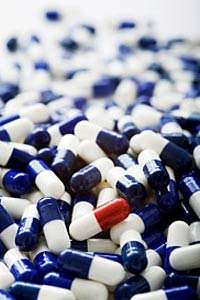 What makes us yawn?
Can a Vision Board Really Affect Your Future?
Stop Checking That Phone (If You Can)