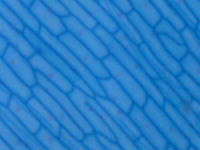 Ever since their invention in the late 1500s, light microscopes have enhanced our knowledge in basic biology, biomedical research, medical diagnostics and materials science. Light microscopes can magnify objects up to 1,000 times, revealing microscopic details. Light-microscopy technology has evolved far beyond the first microscopes of Robert Hooke and Antoni van Leeuwenhoek. Special techniques and optics have been developed to reveal the structures and biochemistry of living cells­. Microscopes have even entered the digital age, using charge-coupled devices (CCDs) and digital cameras to capture images. Yet the basic principles of these advanced microscopes are a lot like those of the student microscope you may have used in your first biology class.

In this edition of HowStuffWorks, we will enter the tiny world of light microscopes and examine the various technologies that let them expose what is otherwise undetectable to the human eye.

Diagram of a typical student light microscope, showing the parts and the light path

A light microscope works very much like a refracting telescope, but with some minor differences. Let's briefly review how a telescope works.

A telescope must gather large amounts of light from a dim, distant object; therefore, it needs a large objective lens to gather as much light as possible and bring it to a bright focus. Because the objective lens is large, it brings the image of the object to a focus at some distance away, which is why telescopes are much longer than microscopes. The eyepiece of the telescope then magnifies that image as it brings it to your eye.

In contrast to a telescope, a microscope must gather light from a tiny area of a thin, well-illuminated specimen that is close-by. So the microscope does not need a large objective lens. Instead, the objective lens of a microscope is small and spherical, which means that it has a much shorter focal length on either side. It brings the image of the object into focus at a short distance within the microscope's tube. The image is then magnified by a second lens, called an ocular lens or eyepiece, as it is brought to your eye.

The other major difference between a telescope and a microscope is that a microscope has a light source and a condenser. The condenser is a lens system that focuses the light from the source onto a tiny, bright spot of the specimen, which is the same area that the objective lens examines.

We'll take a detailed look at the parts of a microscope later in the article.

You can make a simple microscope by using magnifying glasses and paper:

You can also make a simple pinhole microscope that works like a pinhole camera. For details, see TOPScopes.

When you look at a specimen using a microscope, the quality of the image you see is assessed by the following:

In the next section, we'll talk about the different types of microscopy.

Light path of a phase-contrast microscope

A major problem in observing specimens under a microscope is that their images do not have much contrast. This is especially true of living things (such as cells), although natural pigments, such as the green in leaves, can provide good contrast. One way to improve contrast is to treat the specimen with colored pigments or dyes that bind to specific structures within the specimen. Different types of microscopy have been developed to improve the contrast in specimens. The specializations are mainly in the illumination systems and the types of light passed through the specimen. For example, a darkfield microscope uses a special condenser to block out most of the bright light and illuminate the specimen with oblique light, much like the moon blocks the light from the sun in a solar eclipse. This optical set-up provides a totally dark background and enhances the contrast of the image to bring out fine details -- bright areas at boundaries within the specimen.

Here are the various types of light microscopy techniques:

The following techniques use the same basic principle as Rheinberg illumination, achieving different results by using different optical components. The basic idea involves splitting the light beam into two pathways that illuminate the specimen. Light waves that pass through dense structures within the specimen slow down compared to those that pass through less-dense structures. As all of the light waves are collected and transmitted to the eyepiece, they are recombined, so they interfere with each other. The interference patterns provide contrast: They may show dark areas (more dense) on a light background (less dense), or create a type of false three-dimensional (3-D) image.

In a phase-contrast microscope, the annular rings in the objective lens and the condenser separate the light. The light that passes through the central part of the light path is recombined with the light that travels around the periphery of the specimen. The interference produced by these two paths produces images in which the dense structures appear darker than the background. See Molecular Expressions: Phase Contrast Microscopy for details and examples.

In the next section, we'll discuss fluorescence microscopy in greater detail.

When observing a specimen by transmitted light, light must pass through the specimen in order to form an image. The thicker the specimen, the less light passes through. The less light that passes through, the darker the image. Therefore, the specimens must be thin (0.1 to 0.5 mm). Many living specimens must be cut into thin sections before observation. Specimens of rock or semiconductors are too thick to be sectioned and observed by transmitted light, so they are observed by the light reflected from their surfaces.

Light path of an epifluorescence microscope

The fluorescent molecules within the specimen can either occur naturally or be introduced. For example, you can stain cells with a dye called calcein/AM. By itself, this dye is not fluorescent. The AM portion of the molecule hides a portion of the calcein molecule that binds calcium, which is fluorescent. When you mix the calcein/AM with the solution bathing the cells, the dye crosses into the cell. Living cells have an enzyme that removes the AM portion, traps the calcein within the cell and allows the calcein to bind calcium so that it fluoresces green under ultraviolet light. Dead cells no longer have this enzyme. Therefore, living cells will fluoresce green, and dead cells will not fluoresce. You can see the dead cells in the same specimen if you mix in another dye called propidium iodide, which only penetrates the dead cells. Propidium iodide binds to DNA in the nucleus and fluoresces red under ultraviolet light. This double-dye technique is used in toxicology studies to determine the percent of a cell population that is killed when treated with some environmental chemical, such as a pesticide.

Fluorescence-microscopy techniques are useful for seeing structures and measuring physiological and biochemical events in living cells. Various fluorescent indicators are available to study many physiologically important chemicals such as DNA, calcium, magnesium, sodium, pH and enzymes. In addition, antibodies that are specific to various biological molecules can be chemically bound to fluorescent molecules and used to stain specific structures within cells. See Molecular Expressions: Fluorescence Microscopy for details and more examples.

In the next section, we'll examine the components of a light microscope and their functions.

Some of the parts mentioned above are not shown in the diagram and vary between microscopes. Microscopes come in two basic configurations: upright and inverted. The microscope shown in the diagram is an upright microscope, which has the illumination system below the stage and the lens system above the stage. An inverted microscope has the illumination system above the stage and the lens system below the stage. Inverted microscopes are better for looking through thick specimens, such as dishes of cultured cells, because the lenses can get closer to the bottom of the dish, where the cells grow.

Light microscopes can reveal the structures of living cells and tissues, as well as of non-living samples such as rocks and semiconductors. Microscopes can be simple or complex in design, and some can do more than one type of microscopy, each of which reveals slightly different information. The light microscope has greatly advanced our biomedical knowledge and continues to be a powerful tool for scientists.