If you flew over an earthquake, would you feel the plane shake? 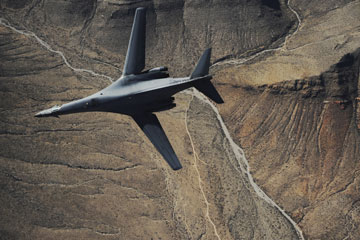 Imagine yourself flying high in the sky aboard a private plane, commercial airliner or even a high-tech Air Force jet. Far below you, seismic waves begin to roll through the Earth's crust. Trees shake and buildings crumble, but will those forces touch you in the sky? Will you feel the aircraft shake all around you?

It might sound like a silly question at first, but think about it: The parts of the Earth we interact with consist of more than just rock; they also encompass vast oceans and a 600-mile-high (1,000-kilometer-high) layer of gas that sit on top of the crust. Earthquakes on the seafloor stir the water above it to life in the form of tsunamis, so why not the atmosphere, too?

After all, earthquakes release seismic waves in the form of pressure and shear waves (or P and S waves). When P waves leave a solid object, like the crust, and enter the atmosphere, they take the form of sound waves (S waves can't travel through liquids or gases). However, P waves typically register below the 20-hertz threshold for human hearing [source: USGS]. Scientists describe waves that fall in this range as infrasound.

When people "hear" an earthquake, they typically don't hear the seismic waves at all. Rather, they discern the sound produced when seismic waves move through solid matter -- such as the rumbling of a building and its contents. You wouldn't be able to detect these sounds from a flying airplane, nor would you be able to feel the infrasound waves we just mentioned. Thanks to what physicists call attenuation, the waves gradually lose intensity as they move through the medium of the air. It's the same reason a radio speaker sounds quieter from across the room and why sunlight intensity dims when it has to travel through layers of atmosphere or ocean.

So even if seismic waves reached the typical cruising altitude of 30,000 feet (9,144 meters), they would be so diminished by their journey through the mediums of rock and air that the noise and motion of the airplane itself would overpower the waves. You wouldn't hear the earthquake from the aircraft, and you certainly wouldn't feel it.

Ride the wave to the next page for more information on earthquakes and airplanes.

Sun's Twisted Magnetism Can Create Wonky Auroras
The Amazing, and Alarming, Science Behind Red Snow
Why Is the Sky Blue?