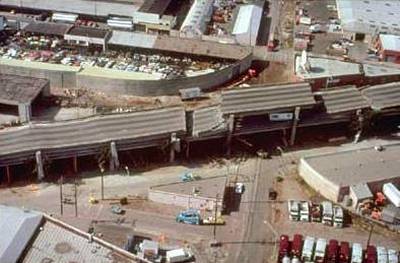 Earthquakes shake our world every 11 seconds. They can cause major destruction and even death. See more earthquake images.
Photo courtesy

An earthquake is one of the most terrifying phenomena that nature can dish up. We generally think of the ground we stand on as "rock-solid" and completely stable. An earthquake can shatter that perception instantly, and often with extreme violence. Let's take a look at how earthquakes work in order to understand what could be happening as the plane touches down.

An earthquake is a vibration that travels through the earth's crust. Technically, a large truck that rumbles down the street is causing a mini-earthquake, if you feel your house shaking as it goes by. But we tend to think of earthquakes as events that affect a fairly large area, such as an entire city. Although all kinds of things can cause earthquakes -- such as volcanic eruptions or underground explosions -- the majority of naturally occurring earthquakes are caused by movements of the earth's plates. The study of this type of plate movement is called plate tectonics.

Scientists proposed the idea of plate tectonics to explain a number of peculiar phenomenon on Earth, such as the apparent movement of continents over time, the clustering of volcanic activity in certain areas and the presence of huge ridges at the bottom of the ocean. The basic theory is that the surface layer of the earth -- the lithosphere -- is comprised of many plates that slide over the lubricating athenosphere layer. Where these plates meet, you'll find faults -- breaks in the earth's crust where the blocks of rock on each side are moving in different directions.

Earthquakes are much more common along fault lines than they are anywhere else on the planet. One of the best-known faults is the San Andreas Fault in California. The fault, which marks the plate boundary between the Pacific oceanic plate and the North American continental plate, extends across 650 miles (1,050 km) of land. San Francisco, along with its new international airport, is very close to this fault. 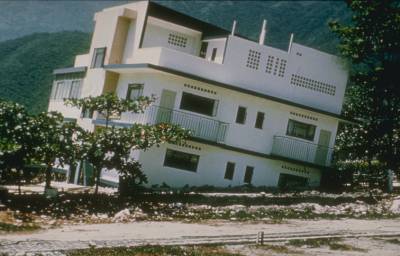 10 Ways the Earth Is Trying to Kill You
Could you really outrun a blast of deadly cold?
10 Pieces of Disaster Safety Advice You Should Ignore