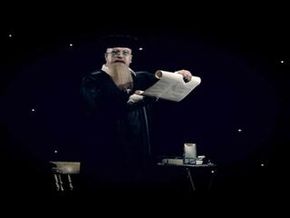 In this video, meet Delores Cannon, a woman who claims to be the last person to talk to Nostradamus.
Science Channel

After the horrific attacks of 9/11, the United States and the world searched desperately for clarity and solace amid the chaos. Like countless others before them, many people turned to the writings of Nostradamus for answers. Books about the prophet leaped off the shelves, with four about Nostradamus landing in Amazon.com's top 10 best-sellers in the week following the disaster [sources: Taipei Times, Brown]. Those sales probably got a big boost from an eye-opening prophecy purportedly from Nostradamus that began flooding inboxes at the same time. In case you never saw it, here it is:

In the city of God there will be a great thunder /
Two brothers torn apart by chaos, while the fortress endures /
The great leader will succumb /
The third big war will begin when the big city is burning.

Even skeptics could see how the verse mirrored the events of 9/11 and, more alarming still, foretold World War III. Except Nostradamus didn't write it. A Brock University student named Neil Marshall did. Marshall wanted to demonstrate how the vague language in Nostradamus' predictions allows them to be twisted to fit any situation. The incident illustrates an interesting phenomenon that's arisen around Nostradamus' legacy: In an effort to piggyback on the fame of one of history's best-known prophets, some people are willing to put Nostradamus' name on work he had nothing to do with, like Earth-shaking predictions about 2012.

Before we look ahead to 2012, let's get a better understanding of who Nostradamus was and how he became such a famous soothsayer. Born in France in 1503, Nostradamus originally tried his hand as a healer [source: History.com]. With the bubonic plague in full swing, Nostradamus had plenty of opportunity to practice his craft and experiment with different herbal remedies. After losing both his wife and children to the plague and suffering irreparable damage to his reputation as a healer, Nostradamus turned to astrology and the occult.

Initially, he focused on producing a series of almanacs known informally as the Prognostications, but by 1555, Nostradamus had begun publishing a set of much grander predictions that would come to be known as "The Centuries." The tome was filled with gloom and doom, foretelling wars, natural disasters and untold misery for future generations, and it remains as popular today as it's ever been. But did the book say anything about the year 2012? Read on to find out.

Anatomy of a Prophecy: The Predictions of Nostradamus 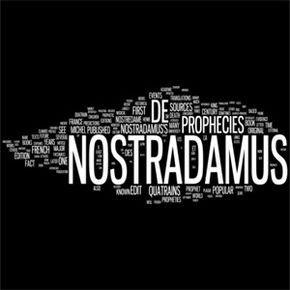 People have credited Nostradamus with predicting a lot of global disasters -- both man-made and natural. Did he ever tackle 2012?
Hemera/Thinkstock

In order to understand what Nostradamus may or may not have said about the year 2012, it helps to understand the structure of the soothsayer's work. Nostradamus' Centuries consists of hundreds of four-line rhyming verses called quatrains written in French, Greek and Latin, among other languages.

Because Nostradamus lived in an era of intense religious and political persecution, he made sure to use vague language when writing his prophecies. His approach proved to be a wise one. By 1558, Nostradamus had gained favor with Catherine de' Medici, the queen of France, who eventually appointed him court physician [source: History.com]. And like Catherine de' Medici, millions of others have been fascinated by Nostradamus' writings, claiming they've predicted everything from the French Revolution to the bombing of Pearl Harbor.

To understand how people have interpreted Nostradamus' writings throughout history, let's examine a translation of a quatrain frequently credited for predicting the Great Fire of London in 1666, courtesy of Sacred-texts:

The blood of the just will commit a fault at London /
Burnt through lightning of twenty threes the six: /
The ancient lady will fall from her high place /
Several of the same sect will be killed.

This quatrain is unique in that Nostradamus specified a number related to the event he describes. Still, while the prophecy has some specifics like a location and what could be a date, terms such as "blood of the just" and "ancient lady" are left open to interpretation, just as Nostradamus intended. Because we can deconstruct his prophecies in so many different ways, they've never been used to predict an event before it has occurred. And since Nostradamus' prophecies are so vague, it's difficult to pin any of them to a particular era, much less a specific year.

For instance, while the quatrain many feel predicted the London fire of 1666 contains the number 66 ("twenty threes the six"), it doesn't specify a century or even that the number 66 is referring to a year at all. Instead, we're left combing through verses after a major event occurs, looking for anything that might apply. Clearly, this makes it difficult to determine whether Nostradamus made any specific predictions about the year 2012 in his famed prophecies. But does his most famous work contain anything that might hint at things to come in the year 2012? And might there be other works by Nostradamus that could give us immediate cause for concern? In the next section, we'll dig into his famous quatrains a little further while examining the evidence surrounding a work some call the lost book of Nostradamus.

Nostradamus and the Year 2012

In examining what Nostradamus had to say about the year 2012, it helps to understand why some people think 2012 could be a significant or even disastrous year in the first place. The most significant source of speculations comes from the fact that the Mayan's Long Count calendar ends on Dec. 21, 2012 [source: NASA]. Some theorize this could be the day the world ends ostensibly from Earth's collision with an asteroid or hidden planet, but the scientific community has found nothing to corroborate their predictions.

So what does "The Centuries" tell us about 2012? It's hard to say. We know that Nostradamus never emphasized the number 2012 in any of his writings, so we're left to comb through quatrains looking for evidence of comets, mass destruction and, perhaps, the end of the world. Using those criteria, we could make the case that Nostradamus did indeed foresee Earth's collision with a comet. Consider this Sacred-texts translation of a quatrain from the fifth volume of "The Centuries":

Where all is good, the Sun all beneficial and the Moon /
Is abundant, its ruin approaches: /
From the sky it advances to change your fortune. /
In the same state as the seventh rock.

Could the "it" referenced above be a massive comet destined to destroy human civilization? If so, the phrase "change your fortune" is a wee understatement. Like all of Nostradamus' writings, the prediction is lacking in specifics, but those inclined to believe 2012 is a significant year might consider it further evidence of impending doom lurking just outside our solar system. Similarly ominous prophecies litter Nostradamus' writings, and while it's impossible to say any are specifically about the year 2012, it's also impossible to say with certainty that they aren't.

What's more, some people believe Nostradamus' writings tell only part of the story and that Nostradamus was behind a book of prophetic drawings as well. These drawings -- contained in a version of a book called the "Vaticinia de Summis Pontificibus" -- depict burning towers, terrible wars and all manner of celestial strife that, according to some, tie directly into purported Mayan predictions about 2012. But despite their claims, the drawings in the Vaticinia actually date back more than a hundred years before Nostradamus was born [source: Lemesurier]. So why are they attributed to Nostradamus? The confusion stems from a version of the book discovered by Italian journalist Enza Massa that cites Nostradamus as the author, despite the fact that we have no evidence Nostradamus could paint or draw.

With his quatrains rife with ambiguity and his supposed "lost book" being someone else's work entirely, we aren't left with anything suggesting Nostradamus considered the year 2012 to be significant in any way. So on that matter, at least, Nostradamus and the scientific community are on the same page.

The Mayans, Their Calendar and 2012

If Nostradamus wasn't the source of all of the 2012 doomsday predictions, surely the Mayans had something to say about the matter, right? Not exactly. While it's true that their Mayan Long Count calendar ends in December of that year, nothing indicates the Mayans thought the world would end along with it. After all, our calendar cycles every 365 days (barring leap years), and while some might party like there's no tomorrow every New Year's Eve, tomorrow always comes. 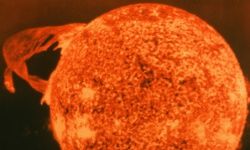 Up Next
Are major solar flares coming in 2012?
Explore More 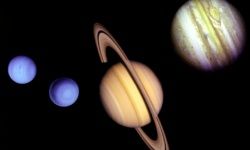 You May Like
Is a major planetary alignment coming in 2012?
Explore More 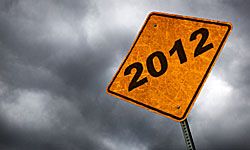