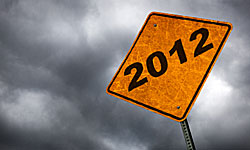 Most predictions regarding the year 2012 are pretty weird, but what are some of the stranger ones?
©iStockphoto.com/DNY59

As the clock ticks closer to Dec. 21, 2012, discussion regarding what exactly will happen to the world and human civilization continues to heat up. While the most popular and widely discussed theories stem from the Mayan calendar, and predictions generally involve great societal upheaval, astronomical alignment or terrifying doomsday scenarios, the rumor mills keep churning as the planets line up.

Most scientists and skeptics dismiss completely the idea of an end-of-the-world event, arguing that conspiracy theorists are using misinformation and obscure historical oddities to stir up fear and make money off of book sales. Of course, this hasn't stopped some people from making a bunch of wacky predictions. Read on for five of the most bizarre theories about the year 2012.

Although there are lots of bizarre theories related to the end of the world, one of the most well-known has to do with the Mayan calendar. Many people wonder if, according to supposed predictions based on the calendar, the world will end on Dec. 21, 2012, which also happens to be the winter solstice.

What's bizarre about these fears is how people have distorted the information from the calendar. The Mayans actually use several intricate calendars, each with a different purpose. The one in question is known as the Long Count Calendar. It's a calendar just like any other calendar, and is used to keep track of time, except that it records a unique cycle that's 1,872,000 days long (instead of, say, our 365-day annual calendar). This long period is known as a Great Cycle, and to the Mayans, the end of such a cycle is a time for celebration, not for fear.

Theorists claim, however, that the Maya had some foresight into astrological happenings -- according to some Web sites, the beginning of the winter solstice will also coincide with all of the planets in our solar system lining up with the sun. Astronomers point out that these claims are false, however, and that it's impossible to predict accurately such an precise alignment.

Mel and the Mayans

Mel Gibson's 2006 movie, "Apocalypto," is based on the theories surrounding the Mayan calendar. 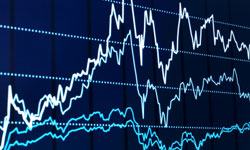 What is the Web Bot Project?
©iStockphoto.com/Nikada

Developed in the late 90s to predict stock market activity, the Web Bot Project is a type of software (generally known as a bot) that tracks Web pages for keywords and other significant text. The information gathered from various Internet chatter supposedly provides insight into what larger groups are thinking of or talking about.

Soon, however, the creators of the project, Clif High and George Ure, started touting the technology's ability to predict the future. Ure claimed, for instance, that the bots predicted a "world-changing event" in the months after June 2001. The attacks on the World Trade Center and Pentagon on Sept. 11, 2001, seem to match up with such a claim. Some people believe that, since then, the Web Bot Project has predicted several major events in recent history, including Hurricane Katrina, the ongoing economic crisis in the U.S., and even a hunting accident involving former U.S. vice president Dick Cheney. And let's not forget, of course, that the bots appear to predict a cataclysmic event on none other than Dec. 21, 2012.

But critics of the controversial system equate it with nothing more than a modern reading from a so-called psychic. Many additional predictions have been completely wrong, and the predictions made by the technology are usually so vague that people can conveniently fit them onto events after they occur. Also, the fact that so many people are probably writing about a 2012 apocalypse most likely skews the system.

Supposedly discovered by the Sumerians and photographed by Russian scientists, Planet X, alternately known as Nibiru, is believed by some to be on a head-on collision with the Earth. The time of impact, according to conspiracy theorists? Dec. 21, 2012.

If you've heard of Planet X before, it might be because you're familiar with the hypothetical planet astronomers were looking for during much of the 20th century. Because scientists couldn't account for slight discrepancies in the orbits of Uranus and Neptune, some believed that an undiscovered planet existed somewhere in our solar system. It turns out, however, that astronomers had been overestimating Neptune's mass, and most experts dismiss the existence of a mysterious Planet X.

But that didn't stop Nancy Lieder, founder of the Web site ZetaTalk, from making doomsday predictions involving a Planet X collision. Her first prediction initially didn't involve 2012, though -- according to Lieder, the moment of impact was supposed to have been May 2003. When that didn't happen, the date was moved forward to match up with the Mayan calendar and Dec. 21, 2012.

Countless Web sites have spawned from Lieder's theories, only adding to the speculation. But officials at NASA deny the existence of Planet X or Nibiru, and denounce the idea of a massive planetary collision as an Internet hoax.

Planet X Goes to the Movies 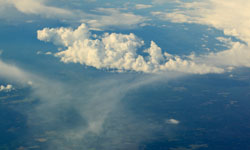 What would (or will) happen during a polar reversal?
©iStockphoto.com/Krakozawr

As strange as it sounds, this is something that might (and eventually will) happen -- although facts have been distorted so heavily by conspiracy theorists that geomagnetic reversal ends up sounding like a doomsday scenario.

The Earth's magnetic field, with its north and south poles, isn't as constant as you'd think. During the 20th century, when scientists began studying the Earth's polarity more closely, the exact location of the poles would shift anywhere between 6.2 and 24.9 miles (10 and 40 kilometers) per year. Even more surprising is the fact that sometimes the magnetic poles completely flip -- so the North Pole heads south and the South Pole travels north. This happens very infrequently throughout the Earth's history: The last reversal happened about 780,000 years ago.

So what does this all have to do with 2012? Alarmist Web sites have falsely connected magnetic reversal with a reversal in the rotation of the Earth. Conspiracy theorists also claim that a magnetic reversal is scheduled for 2012 (in most cases, on Dec. 21), and that when it does occur, catastrophic disaster will strike the planet as it starts to spin in the opposite direction.

Experts note, however, that it's not possible to predict exactly when a geomagnetic reversal will happen, and as far as we know, such an event doesn't carry any fatal consequences. Additionally, it's impossible for the Earth to change its rotation.

Another phenomenon some people worry about is space weather and solar activity. The fear is that, in 2012, the sun will reach the peak of an 11-year cycle known as solar maximum. When it does reach this peak on or around Dec. 21, 2012, the sun will unleash giant solar flares toward the Earth, causing unparalleled havoc.

This scenario is very similar to the previous one involving geomagnetic reversal, in that both pole shifts and solar activity occur at fairly regular intervals. Solar flares will likely happen sometime between 2012 and 2014, but they've been happening for years and years, and the worst they can do is interrupt satellite communications.

Some people connect geomagnetic reversal and solar flares in an ultimate doomsday scenario, claiming that a giant hole left in the atmosphere from the reversal of the magnetic poles will allow devastating solar flares to reach the Earth. 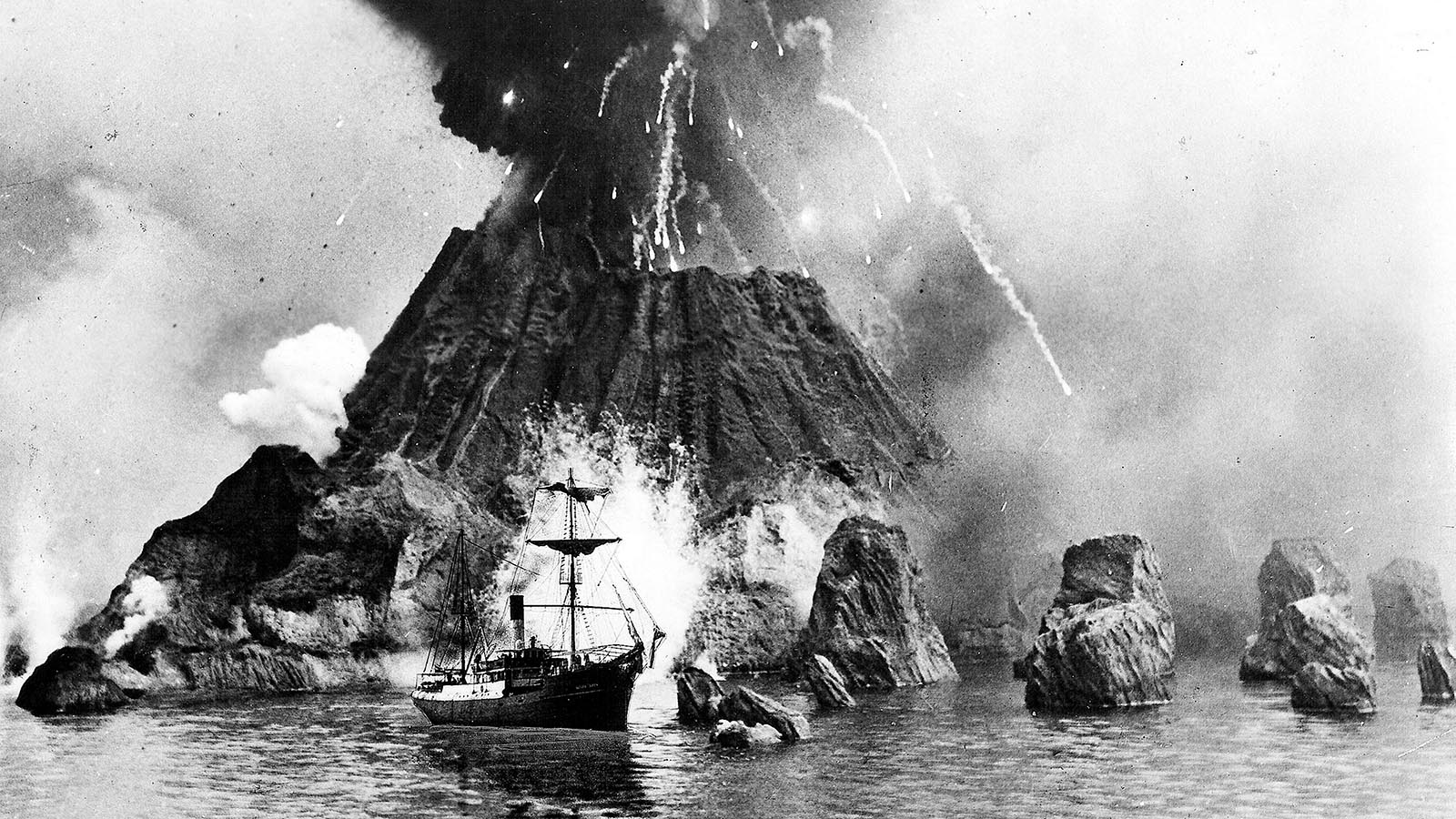 15 Worst Hurricanes of All Time
Earth's Early Atmosphere Was Briefly a Methane Haze
How does the Farmers' Almanac predict weather?