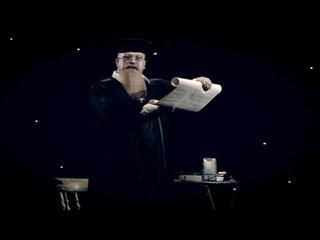 In this video, meet Delores Cannon, a woman who claims to be the last person to talk to Nostradamus.
Science Channel

After the horrific attacks of 9/11, the United States and the world searched desperately for clarity and solace amid the chaos. Like countless others before them, many people turned to the writings of Nostradamus for answers. Books about the prophet leaped off the shelves, with four about Nostradamus landing in Amazon.com's top 10 best-sellers in the week following the disaster [sources: Taipei Times, Brown]. Those sales probably got a big boost from an eye-opening prophecy purportedly from Nostradamus that began flooding inboxes at the same time. In case you never saw it, here it is:

In the city of God there will be a great thunder /
Two brothers torn apart by chaos, while the fortress endures /
The great leader will succumb /
The third big war will begin when the big city is burning.

Even skeptics could see how the verse mirrored the events of 9/11 and, more alarming still, foretold World War III. Except Nostradamus didn't write it. A Brock University student named Neil Marshall did. Marshall wanted to demonstrate how the vague language in Nostradamus' predictions allows them to be twisted to fit any situation. The incident illustrates an interesting phenomenon that's arisen around Nostradamus' legacy: In an effort to piggyback on the fame of one of history's best-known prophets, some people are willing to put Nostradamus' name on work he had nothing to do with, like Earth-shaking predictions about 2012.

Before we look ahead to 2012, let's get a better understanding of who Nostradamus was and how he became such a famous soothsayer. Born in France in 1503, Nostradamus originally tried his hand as a healer [source: History.com]. With the bubonic plague in full swing, Nostradamus had plenty of opportunity to practice his craft and experiment with different herbal remedies. After losing both his wife and children to the plague and suffering irreparable damage to his reputation as a healer, Nostradamus turned to astrology and the occult.

Initially, he focused on producing a series of almanacs known informally as the Prognostications, but by 1555, Nostradamus had begun publishing a set of much grander predictions that would come to be known as "The Centuries." The tome was filled with gloom and doom, foretelling wars, natural disasters and untold misery for future generations, and it remains as popular today as it's ever been. But did the book say anything about the year 2012? Read on to find out.