by Christopher Hassiotis Aug 9, 2018
The star trails in this night photo were taken in Avila Beach, California, using 50 30-second exposures during the Perseids. A small Perseid meteor is on the left above the tree line. Mimie Ditch Photography/Moment/Getty Images

For casual and die-hard astronomers alike, the middle of August means the return of the Perseid meteor shower. It's one the best opportunities of the year for a celestial show, as the Perseids are known for producing dramatic meteors and even fireballs.

The Perseid meteor shower begins in late July and runs through mid-August, but this year the peak rates are expected to occur late on the night of Sunday, Aug. 12, and into the early morning hours of Monday, Aug. 13, though both nights on either side of that date should also offer good opportunities.

Since the Perseids occur during summertime in the Northern Hemisphere, those who live north of the equator won't have to battle chilly early morning temperatures to catch a glimpse of the spectacle. While some meteors may appear visible beginning around 10 p.m., the peak viewing opportunity coincides with peak darkness — the predawn hours generally between 2 and 5 a.m. Experts also recommend trying to get as far away from city lights as possible, to cut down on ambient light, maximize darkness, and spot between 60 and 70 meteors per hour, or even more.

Is there a best place in the night sky to focus your gaze? The radiant point of the shower, which is the spot where the meteors tend to originate, is in the constellation Perseus. As with other meteor showers like the Leonids and the Orionids, the annual phenomenon takes its name from its constellation of apparent origin. But you don't need to stare at Perseus to spot meteors — in fact, it may be better to simply stare unfocused into the sky and let your more-sensitive peripheral vision do the heavy lifting.

And while they take his name, the meteors don't actually come from the stars in the Perseus constellation, which are hundreds of light-years away. Annual meteor showers are created when Earth's orbit around the sun intersects with the wake of a comet's orbit, and debris thrown off from the tail hits our atmosphere and burns up upon entry.

The comet whose tail creates the Perseus shower is called 109P/Swift-Tuttle, and is named after the U.S. astronomers Lewis Swift and Horace Tuttle, who discovered it in 1862. Three years later, an Italian astronomer Giovanni Schiaperelli identified the comet as the origin of the Perseid meteor shower. Swift-Tuttle orbits the sun once every 133 years, but Earth still passes through the debris field it has left behind — its last visit to the inner solar system we all call home was in 1992. While it's unlikely anyone living today will ever see this comet when it returns in 2126, we can still witness its effect on the solar system, and our planet, with the annual Perseids meteor shower.

Now That's Interesting
As comets go, Swift-Tuttle is a large one. Its nucleus measures 16 miles (26 kilometers) across, which is, according to scientists' hypotheses, more than double the size of the object likely responsible for wiping out the dinosaurs.

How Much Is $1 Trillion, Apple? 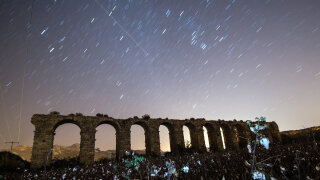 Mark Your Calendars for These 2018 Space Events, Astronomy Fans 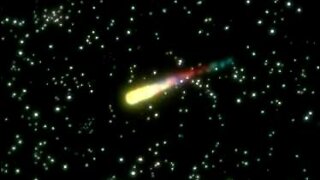 How the Leonid Meteor Shower Works 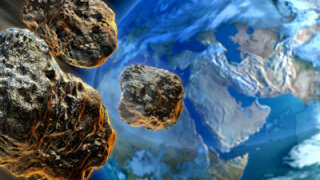 What if the Chicxulub meteor had missed the Earth?