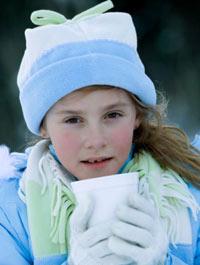 Plastics can be divided into two major categories:

1. Thermoset or thermosetting plastics. Once cooled and hardened, these plastics retain their shapes and cannot return to their original form. They are hard and durable. Thermosets can be used for auto parts, aircraft parts and tires. Examples include polyurethanes, polyesters, epoxy resins  and phenolic resins.

2. Thermoplastics. Less rigid than thermosets, thermoplastics can soften upon heating and return to their original form. They are easily molded and extruded into films, fibers and packaging. Examples include polyethylene (PE), polypropylene (PP) and polyvinyl chloride (PVC).

Let's look at some common plastics.

Polystyrene (Styrofoam): Polystyrene is formed by styrene molecules. The double bond between the CH2 and CH parts of the molecule rearranges to form a bond with adjacent styrene molecules, thereby producing polystyrene. It can form a hard impact-resistant plastic for furniture, cabinets (for computer monitors and TVs), glasses and utensils. When polystyrene is heated and air blown through the mixture, it forms Styrofoam. Styrofoam is lightweight, moldable and an excellent insulator.

Polyvinyl Chloride (PVC): PVC is a thermoplastic that is formed when vinyl chloride (CH2=CH-Cl) polymerizes. When made, it's brittle, so manufacturers add a plasticizer liquid to make it soft and moldable. PVC is commonly used for pipes and plumbing because it's durable, can't be corroded and is cheaper than metal pipes. Over long periods of time, however, the plasticizer may leach out of it, rendering it brittle and breakable.

Polytetrafluoroethylene (Teflon): Teflon was made in 1938 by DuPont. It's created by polymerization of tetrafluoroethylene molecules (CF2=CF2). The polymer is stable, heat-resistant, strong, resistant to many chemicals and has a nearly frictionless surface. Teflon is used in plumbing tape, cookware, tubing, waterproof coatings, films and bearings.

Polyvinylidine Chloride (Saran): Dow makes Saran resins, which are synthesized by polymerization of vinylidine chloride molecules (CH2=CCl2). The polymer can be drawn into films and wraps that are impermeable to food odors. Saran wrap is a popular plastic for packaging foods.

Polyethylene, LDPE and HDPE: The most common polymer in plastics is polyethylene, which is made from ethylene monomers (CH2=CH2). The first polyethylene was made in 1934. Today, we call it low-density polyethylene (LDPE) because it will float in a mixture of alcohol and water. In LDPE, the polymer strands are entangled and loosely organized, so it's soft and flexible. It was first used to insulate electrical wires, but today it's used in films, wraps, bottles, disposable gloves and garbage bags.

In the 1950s, Karl Ziegler polymerized ethylene in the presence of various metals. The resulting polyethylene polymer was composed of mostly linear polymers. This linear form produced tighter, denser, more organized structures and is now called high-density polyethylene (HDPE). HDPE is a harder plastic with a higher melting point than LDPE, and it sinks in an alcohol-water mixture. HDPE was first introduced in the hula hoop, but today it's mostly used in containers.

Now that we have discussed the various types of plastics, let's look at how plastics are made.