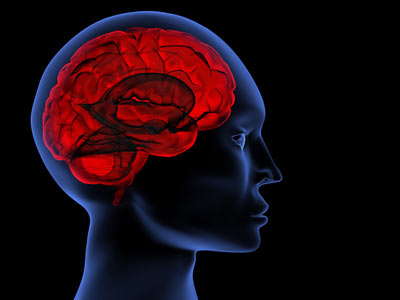 Brain Image Gallery Deja vu is the feeling that you have experienced a situation before even though you know you haven't. Learn about deja vu and theories behind deja vu. See more brain pictures.
© Photographer: Yakobchuk | Agency: Dreamstime.com

Have you ever visited ­a store for the first time and had it feel eerily familiar? Or maybe you're deep in conversation with a friend and you suddenly get the feeling that you've had the exact conversation before, even though you know that you haven't. If you've ever found yourself in either of these situations, you've experienced déjà vu. Sixty to 70 percent of us admit to getting this feeling at least once in our lives. The sight, sound, taste or even smell of something makes us think that we've experienced it before, although we know that we couldn't have.

There are more than 40 theories as to what déjà vu is and what causes it, and they range from reincarnation to glitches in our memory processes. In this article, we'll explore a few of those theories to shed some light on this little understood phenomenon.

Déjà vu is a French term that literally means "already seen" and has several variations, including déjà vécu, already experienced; déjà senti, already thought; and déjà visité, already visited. French scientist Emile Boirac, one of the first to study this strange phenomenon, gave the subject its name in 1876.

There are often references to déjà vu that aren't true déjà vu. Researchers have their own definitions, but generally déjà vu is described as the feeling that you've seen or experienced something before when you know you haven't. The most common misuse of the term déjà vu seems to be with precognitive experiences -- experiences where someone gets a feeling that they know exactly what's going to happen next, and it does. An important distinction is that déjà vu is experienced during an event, not before. Precognitive experiences -- if they are real -- show things that will happen in the future, not things that you've already experienced. (However, one theory about déjà vu deals with precognitive dreams that give us a "déjà vu feeling" afterwards. See the Déjà Vu and Precognitive Dreams section.)