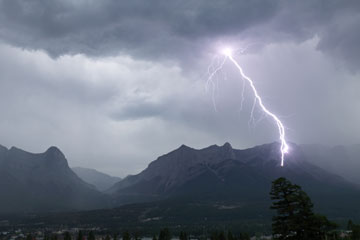 Einstein's equation E=mc² pops up on everything from baseball caps to bumper stickers. It's even the title of a 2008 Mariah Carey album. But what does Albert Einstein's famous equation really mean?

For starters, the E stands for energy and the m stands for mass, a measurement of the quantity of matter. Energy and matter are interchangeable. Furthermore, it's essential to remember that there's a set amount of energy/matter in the universe.

If you've ever read Dr. Seuss's children's book "The Sneetches," you probably remember how the yellow, birdlike characters in the story go through a machine to change back and forth between "star-bellied sneetches" and "plain-bellied sneetches." The number of sneetches remains constant throughout the story, but the ratio between plain- and star-bellied ones changes. It's the same way with energy and matter. The grand total remains constant, but energy regularly changes form into matter and matter into energy.

Now we're getting to the c² part of the equation, which serves the same purpose as the star-on and star-off machines in "The Sneetches." The c stands for the speed of light, a universal constant, so the whole equation breaks down to this: Energy is equal to matter multiplied by the speed of light squared.

But why is the speed of light squared? The reason is that kinetic energy, or the energy of motion, is proportional to mass. When you accelerate an object, the kinetic energy increases to the tune of the speed squared. You'll find an excellent example of this in any driver's education manual: If you double your speed, the braking distance is four times longer, so the braking distance is equal to the speed squared [source: UNSW Physics: Einsteinlight].

The speed of light squared is a colossal number, illustrating just how much energy there is in even tiny amounts of matter. A common example of this is that 1 gram of water -- if its whole mass were converted into pure energy via E=mc² -- contains as much energy as 20,000 tons (18,143 metric tons) of TNT exploding. That's why such a small amount of uranium or plutonium can produce such a massive atomic explosion.

Einstein's equation opened the door for numerous technological advances, from nuclear power and nuclear medicine to the inner workings of the sun. It shows us that matter and energy are one.

Explore the links below to learn even more about Einstein's theories. 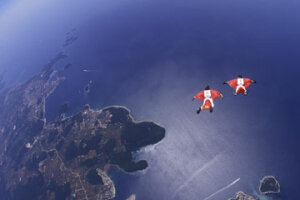 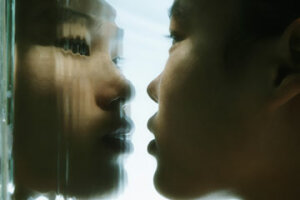