No One Knows What Caused a Massive 1908 Explosion in Siberia 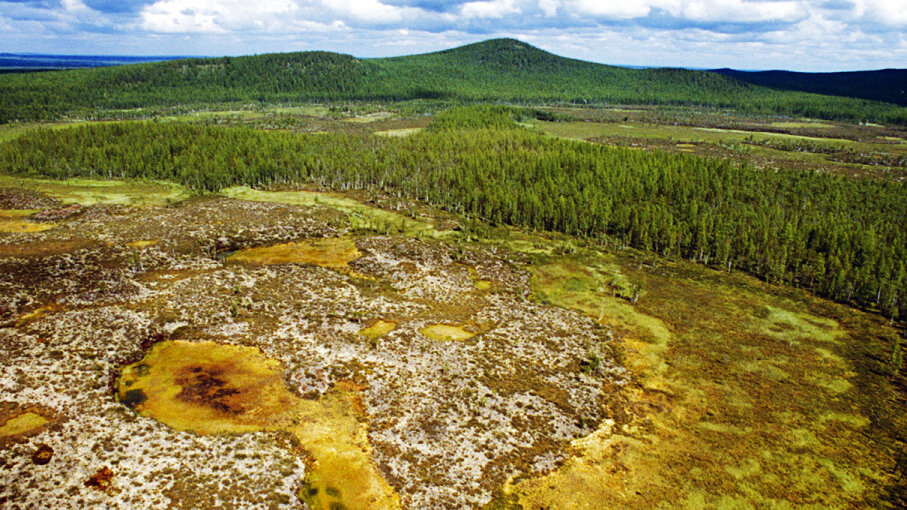 On June 30, 1908, there was a massive explosion in a remote forest in Siberia, near the Podkamennaya Tunguska river. The explosion was so powerful, it flattened more than 80 million trees across 820 square miles (2,123 square meters). Later estimates compared the explosion to 1,000 atomic bombs.

People more than 40 miles (64 kilometers) away reported seeing a fireball as bright as the sun, followed by a searing heat; many were blown off their feet. Effects of the blast were felt as far away as Great Britain. But thanks to the political upheavals in Russia at the time (it was staring down two revolutions and a world war) the Tunguska event wasn't investigated until almost two decades later, when a scientific team led an expedition to the area in 1927.

Now, more than a century later, questions still remain. Stuff They Don't Want You To Know hosts Ben Bowlin and Matt Frederick are joined by Stuff to Blow Your Mind's Joe McCormick to examine all the evidence and attempt to explain the real cause behind Fire in the Sky.

The 1908 Tunguska explosion was so unusual that theories about what caused it abound. Some believe it was a comet or meteorite that exploded before impact, while others think it was Agda, the god of Thunder who triggered the blast because he was displeased with the Siberian Evenki people. One writer even suggested an alien spaceship was trying to get to the nearby Lake Baikal for fresh water when it exploded just before landing. However, no remnants of any kind of spacecraft has been found in the area, undermining that theory for even the most strident believers.

In 1973, two scientists hypothesized that a miniature black hole somehow crashed into Earth, causing an antimatter explosion, and shot out the other side. But no exit wound or similar damage has ever been found or reported, making that theory easy to dismiss as well.

It's also been argued that famed inventor Nikola Tesla caused the explosion when he tested his theorized "death ray," a kind of particle-beam tool that would be able to repel any kind of attack. Tesla talked about this invention frequently, envisioning it to be the end of all war. Could he have tried his invention in this remote area? Or perhaps he was working from his Wardenclyffe Tower in New York, trying to send a wireless signal to explorer Robert Peary in the North Pole, but hit the Tunguska region instead?

This theory, too, has met with disdain, simply because there was never any evidence that Tesla had managed to create that kind of advanced technology. Whatever device he used would have required the 1908 New York power grid to operate, and could never generate the kind of energy released at the Tunguska event.

The most popular theory is that this was an impact event, in which a meteorite, comet or asteroid hits Earth. The only problem? There's no crater in the Tunguska region; the only physical evidence of the explosion was the flattened trees. How could there be an impact from a meteor that leaves no impact?

In 2007, Italian scientists proposed that perhaps the nearby small Lake Cheko was the crater, and that the asteroid was sitting at the bottom of it waiting to be discovered, but others say that their evidence isn't compelling enough to hold up to scrutiny.

What do Matt, Ben and Joe think? Was it a comet, which is made up mostly of ice, exploding in the air from atmospheric stress, its fragments vaporizing? Or perhaps a rocky meteorite, which exploded into a fine dust and settled into the soft, peat ground, difficult to detect? You'll have to listen to the entire podcast to find out. Or to at least hear Joe deliver a demonic chant to the Evenki thunder god.