What if dinosaurs were alive today? 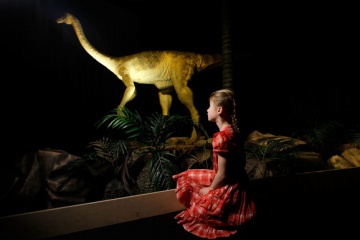 Giant dinosaurs of prehistoric days are fascinating to behold, but would we want them with us in the modern world?
Matthew Lloyd/Getty Images

You're ready to leave work for the day, but before you do, you need to check the traffic report. The concrete jungle doesn't just come populated with predatory drivers these days; dinosaurs were recently resurrected and boy, have they thrived. Just last week, a Tyrannosaurus rex took it into his head to stampede during rush hour, kicking buses and taking bites out of some of the smaller cars that crossed his path. If he's still roaming along your regular commute, you'll plan another route.

OK, let's back up a bit since that scenario is a little far-fetched. How about we consider the question: What if dinosaurs were alive today? Well, technically, many scientists would argue that dinosaurs are alive in modern times. In fact, you probably see them every day since birds are descended from dinosaurs. Minuscule avians like flittering hummingbirds might make a disappointing sight if it was the mighty reptilians of the prehistoric age you were hoping for, but that's what evolution and extinction events have dictated.

But back to our scenario: Researchers have toyed with the idea of recovering preserved DNA and cloning long-dead dinos, à la "Jurassic Park," but it's a challenging proposition. In Japan, efforts are under way to try to clone a woolly mammoth -- extinct only some 8,000 years -- and even that project is proving prickly [source: Macrae]. Most dinosaur species haven't walked the Earth in about 65 million years, so the chances of finding DNA fragments that are robust enough to resurrect are slim.

Not to mention the many other mile-high procedural obstacles in the way. Going back to a "Jurassic Park" scenario, let's say scientists recovered a bloodsucking insect locked in amber dating from a time when dinosaurs roamed the Earth. The potential for cross-contamination both from the entrapped insect itself (which, after all, would likely contain gut flora and the blood of other victims) or from modern organisms the specimen had come into contact with, means very little suitable dinosaur DNA would likely be recovered. If a specimen were cracked open -- assuming it hadn't rotted hollow -- it would be incredibly trying to distinguish the sources of any DNA it contained.

So, chances aren't great we'll ever need to worry whether roaming herds of theropods will disrupt our rush-hour commutes. Or even get to marvel in wonder at specimens concocted in labs occupying prime zoo real estate. After all, if dinosaurs were alive today, their immune systems would probably be ill-equipped to handle our modern panoply of bacteria, fungi and viruses. The chasm is just too large to make that a likely possibility.

On the next page, we'll explore a thornier side of the question: What if dinosaurs hadn't been almost universally wiped out some 65 million years ago when the Chicxulub meteor hit? Would they still be around today? Would we?

So what if the deadly Chicxulub meteor had missed Earth entirely, and dinosaurs hadn't been largely wiped out 65 million years ago? It was only after that impact called an end to dinosaurs' planet-wide party -- which had been taking place for millions upon millions of years -- that the way was paved for mammals to diversify and thrive in the void. Before that, mammals had never really moved beyond the ranks of rodentlike creatures, but once the dinosaurs died off, many species gradually evolved characteristics that were more closely and consistently aligned with what we consider staple mammalian features [source: Smithsonian National Museum of Natural History]. Gradually, primates developed, though it would still be many millions of years before anything really resembling a human was on the scene.

It's impossible to say for sure whether people would now be pounding the pavement if dinosaurs hadn't fallen prey to that unexpected cosmically conceived shakedown. It's entirely feasible that if that catastrophe hadn't occurred, dinosaurs would still be alive today, and we mammals would still be small, burrowing creatures, quaking in fear of the terrible lizards that stalked our land.

On the other hand, it was another extinction event -- the one about 250 million years ago that marked the line between the Permian and Triassic geological periods -- which allowed the dinosaurs their shot in the spotlight in the first place [source: Choi]. So perhaps if Chicxulub hadn't struck, a different calamity would have caused the curtain to fall on the time of the dinosaurs, allowing mammals the chance to jump to the forefront. Or perhaps the twists and turns of evolution would have followed an entirely different course. Who can say?

Because it's also important to remember that even seemingly simple things like slight alterations in climate or atmospheric composition can trigger small but drastic changes in living conditions, and while some species adapt, others languish. So perhaps an ecological balance would have eventually been struck between mammals and giant reptiles, and we might have evolved in tandem with them, without their untimely extinction. What that alter reality would have looked like, however, remains shrouded in mystery.

What if There Were No Stars?
How Tarot Cards Work
Feuding Over a Flat Earth Is Nothing New 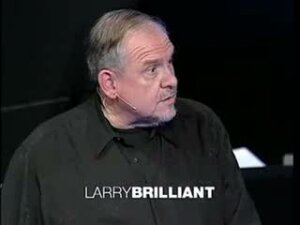 What if there were no such thing as illness?