What if mosquitoes went extinct? 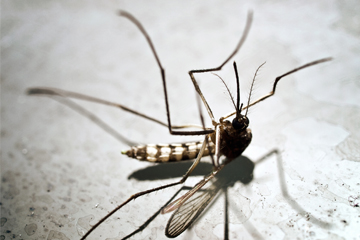 Ten minutes into your relaxing evening stroll, trouble makes itself known. First, you hear an unmistakable drone: the sound of a mosquito in flight. Then, as you take a few more steps, the bothersome drone becomes a distinct buzz and you find yourself enveloped in a swarm of airborne pests. You wave your arms and slap at your skin, but by the time it's over, you're covered in stinging welts that are certain to bother you for days.

What would happen, you wonder, if mosquitoes became extinct?

For starters, mass mosquito extinction would eliminate about 3,500 species, which is the number of distinct mosquito species currently identified on Earth. Of these thousands of mosquito species, about 200 attack humans, and three species -- Anopheles, Culex and Aedes -- pose a particular risk to humans by transmitting diseases like malaria and yellow fever [source: National Geographic].

Scientists have been investigating a number of ways to potentially eradicate mosquitoes, including a genetic method that causes mosquitoes to produce proportionally more male offspring. With each new generation that is primarily male, the species will eventually become self-limiting. To create the genetically modified mosquitoes, researchers used an enzyme that affects the X chromosome during sperm production, so that most of the sperm results in male mosquitoes [source: Entomology Today].

Fighting off mosquitoes isn't a modern problem. Mosquitoes have been on the planet for more than 100 million years and have become an important part of the food chain.

It turns out that if scientists did find a way to eradicate mosquitoes, it would create a distinct absence from the environment. Take the Arctic tundra, for example, where several mosquito species are particularly abundant and provide food for migratory birds. If mosquitoes were eliminated, the number of birds in the area could drop by more than half [source: Fang]. Some scientists predict a similar fate awaits many fish species around the globe, which would need to adapt their diet to survive. This scenario would be particularly difficult for specialized predators, such as the mosquitofish. In fact, if mosquitoes were to disappear, the other insects and fish that feed on them would dwindle in number, which could cause a ripple effect throughout the food chain [source: Misra].

However, some scientists predict that while some animals would go hungry, it wouldn't spell disaster. Most would ultimately adapt to other prey and life would go on -- without mosquito-borne diseases. Malaria, for example, kills about 1 million people annually and makes another 246 million people sick each year [source: Fang].