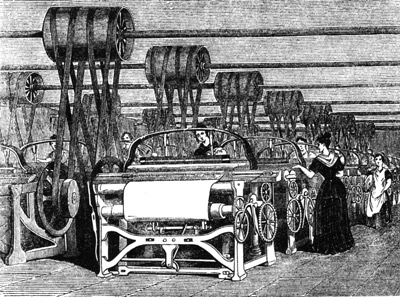 James Watt's innovations set the stage for the Industrial Revolution -- beginning with the textile industry in the late 18th century. Wool had long been processed by hand and was later done so with the aid of water mills. But a number of new inventions soon saw factories powered by steam.

Patent royalties cost mining companies a great deal of money. Inventor Richard Trevithick noticed the plight of the mines in his native Cornwall and set out to create an engine that avoided Boulton and Watt's patented technologies. Trevithick believed he could create an engine that did away with Watt's separate condenser by using high-pressure steam.

While the use of high-pressure steam had been theorized, it had not been executed successfully. Eighteenth century boilers were incapable of withstanding high pressure for long periods of time. But at the beginning of the 19th century -- ironically, just as Watt's patents were expiring -- Trevithick discovered that modern boilers could now withstand higher pressures. At the same time, American inventor Oliver Evans experienced similar achievements.

Trevithick's new Cornish Engine was cheaper, lighter and smaller than the Boulton and Watt engine. Arthur Woolf further improved the use of high-pressure steam in 1804. The London brewery engineer realized the idea of compounding -- a method where excess steam from one piston is used to fire a second piston and then a third. This method results in less heat loss.

In the next section we'll look at the rise of the steam locomotive.