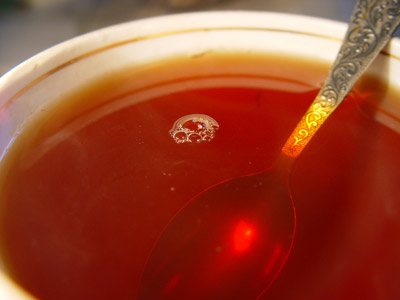 Tea is the second-most consumed beverage on the planet, right after water. Every culture has its own unique customs involved with tea. The Japanese, for instance, hold tea in extremely high regard and developed the Japanese Tea Ceremony, or Chanoyu, as a ritualistic celebration of the drink. Many Americans drink iced tea, and Southerners are well-known for downing endless amounts of sweet tea. "Tea time" or "afternoon tea" is an indispensable part of English society, and numerous novels and films have immortalized the act as a distinctly British tradition.

Although it's largely a social drink, scholars have recognized tea as a medicinal substance for thousands of years. Recent research appears to confirm these claims, suggesting that tea carries several health benefits. Apart from providing you a pleasing sense of calm, drinking tea may also play a part in reducing the risk of cancer or heart disease.

Tea is one of the world's most sought-after drinks, more popular

than Coca-Cola, coffee or wine.

We know very little about the origins of tea. Humans may have consumed tea for tens of thousands of years, but records that make reference to tea are only about 2,000 years old. One legend has endured -- that of mythical Chinese emperor Shen Nung, who allegedly ruled more than 5,000 years ago. Shen Nung was known as a skilled scientist and artist, and in order to enforce sanitation throughout China, he required everyone to boil all drinking water.

During a visit to a distant region of China, he stopped with his court to rest. As his servants prepared water, a gust of wind blew some leaves from a nearby bush into the water, turning the liquid an amber color. An inquisitive scientist, Shen Nung decided to experiment with the water and drank the infusion. He found the drink to be refreshing, and tea was born.

Maybe you've never experienced tea and want to learn more about it. Maybe you're a coffee addict looking to curb your addiction with tea, which contains much less caffeine on a per cup basis. Or maybe you're simply a tea lover and want to find out more about your favorite drink. In this article, we'll talk about the origins of tea and the different types of tea. We'll also discuss the health benefits of tea and the steps involved in tea preparation.

How much do you know about caffeine? Take our Caffeine Quiz and find out.