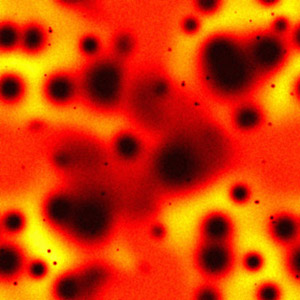 The Aztecs thought that their sun god had pockmarks on his face. The ancient Chinese referred to them as stars inside the solar orb. One Renaissance astronomer argued that they were actually undiscovered planets. Today, some believe their appearance is linked to waves of UFO sightings and paranormal activity. Others offer them as an alternative explanation for human-caused climate change. The rest of us wonder if they're the reason for dropped cell phone calls or static-plagued radio stations.

We're talking about sunspots, those peculiar dark areas that pop up regularly on the surface of the sun. They usually appear in pairs or in groups called belts on either side of the sun's equator, between 40 degrees and 50 degrees latitude north and south. Sunspots vary tremendously in size, ranging from less than 200 miles (32.8 kilometers) across to many times the size of the Earth. Some small sunspots may last for less than an hour, but larger ones can last up to six months. Some sunspots -- such as one in 2004 that measured 20 times the size of our planet -- are big enough to be seen by the naked eye. Keep in mind, however, that staring directly at the unfiltered sun is an extremely bad idea because it can harm your eyes. (Later on, we'll explore safe ways to observe sunspots.)

The frequency with which sunspots appear and their location on the sun's surface changes over time in a pattern called the sunspot cycle. Lest you think that they're little more than celestial quirks, sunspots and related solar phenomena do have certain effects on the Earth -- if not in the ways that UFO enthusiasts and climate change skeptics imagine.

In the next section, we'll discuss the physical processes that create sunspots.