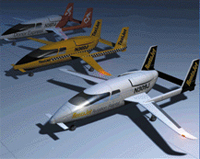 Small, 4- to 8-passenger jets may operate from thousands of small airports across the U.S.
Photo courtesy NASA

In the world of business, time is money. It seems like the faster you can get something done, the faster it has to get done. Even vacationers want to get to their destination as quickly as possible -- and preferably faster than that. Nowhere is this pressure felt more than in transportation. Since aviation is a major player in the game of modern transportation, many are looking at ways to improve how planes and airports work.

One concept has been the use of "air taxis" -- smaller planes that can take passengers between local airports upon request, bypassing the traffic and delays of major airports. Air taxis, formally the Small Aircraft Transportation System (SATS), could make a trip to the beach or a visit with relatives go from taking six hours o­n the highway to a quick, no-hassles plane ride.

In this article, we'll find out how the air-taxi system will operate. While air taxis won't allow you to hail a cab from the 40th floor, they will allow you to travel faster and more conveniently than ever before. 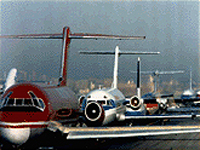 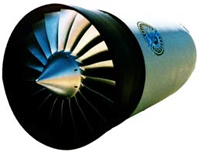 Some of the most obvious advantages of SATS include:

There are several other advantages to SATS as well. SATS could provide an economic boom by increasing the number of people visiting recreation and tourism destinations that are not near major airports. Additionally, areas that might otherwise have been deemed unsuitable for economic and business development could have more potential if they were near a local airport.

SATS could also help with the housing crunch that exists near major cities. Employees could live in a wider circumference around their offices and commute by light aircraft. In addition, companies would not have to be located strictly in large population centers. If their employees had easy access to a local airport, the company could have branches in a much larger variety of locations. Flexibility in housing and business location could significantly reduce the traffic congestion found near all major cities in the United States. 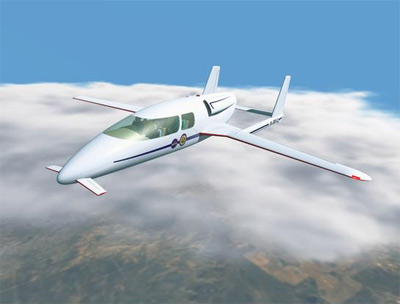 The Future of SATS

During the early stages of developing the technology to support SATS, NASA predicted that the system would not be up and running until at least 2015. In the end, both NASA's and DayJet's estimations may be correct. While service may begin on a small scale in the next year or two, it will take many years for travel by air taxi to go from being a novel choice to a common event. Progress may be further hampered by the fact that technological advances for small-airport infrastructures and air traffic control systems have not kept pace with the advances in light aircraft.

For more information on the air-taxi system, aviation and related topics, check out the links on the next page.