The World Cries as 'Oppy' Dies

by Patrick J. Kiger Feb 14, 2019
"Oppy," NASA's Mars Opportunity Rover, was the second of the two Mars Exploration Rovers to land on the Red Planet in 2004 to search for signs of past life. NASA/JPL-Caltech

Back on Jan. 24, 2004, NASA's Opportunity rover descended to the Martian surface and survived a bouncy landing in the Meridiani Planum region, to the relief of scientists anxiously monitoring the space probe back at the Jet Propulsion Laboratory in Pasadena, California. ("All right, we're on Mars!" one researcher exclaimed exultantly, according to a CNN account.)

The $400 million rover, one of a pair that NASA landed upon the Red Planet that year, was designed to last for just a few months on the rough, dusty terrain of the Martian surface. Instead, to the astonishment of researchers, it lasted for nearly 15 years in Earth time, the longest time that any robot from Earth has operated on another planet, until it finally stopped communicating with Earth after a severe Martian dust storm in June 2018.

After unsuccessful attempts to restore contact, NASA officials on Feb. 13, 2019 finally gave up and declared that Opportunity's mission finally was over. The exact cause of the probe's demise is unclear. It could be that its solar panels went dead under a chokingly thick layer of Martian dust, or that its electronics failed due to the extremes of Martian weather.

Opportunity had outlived its robotic twin, the Spirit rover, by nearly eight years. Its final resting place was the aptly-named Perseverance Valley. Here are some images that Opportunity took from the ground-level there last January.

During its astonishing lifespan, the golf-cart-sized, 384-pound (174 kilograms) $400 million planetary probe managed to cover 28 miles (25 kilometers), 44 times the distance that scientists had designed it to cover and set a single-day Martian driving record of 721 feet (220 meters) on March 20, 2005. During its travels, it accomplished plenty of other amazing feats. Here are a few of them:

So, hat's off to you, Oppy. You were the best little rover ever. RIP.

Now That's Interesting
NASA scientists sent 835 commands to Opportunity in an effort to revive it, before finally giving up. The final transmission from Earth was the Billie Holiday song "I'll Be Seeing You," according to the Washington Post.

Yes, Animals Can Be Half Male and Half Female

Behind the Scenes at Supercross 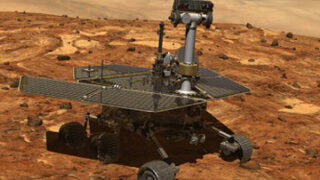 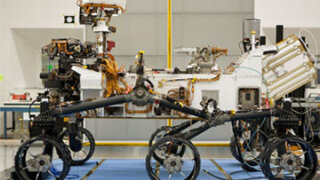 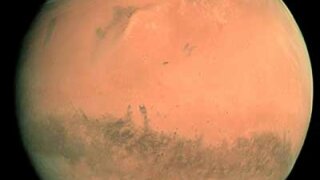