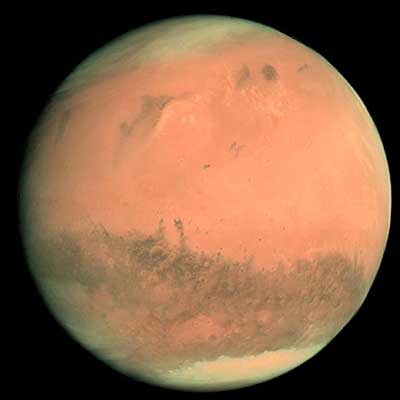 ­The last time man set foot on the moon was nearly 40 years ago, and plans are in the works for a reunion tour of sorts. A big part of this focus will be setting up shop on the moon and using those efforts to prepare for robotic and manned expeditions to Mars. Just returning to the moon's surface (scheduled to take place no later than 2020) is a large undertaking; but the planning and sheer ingenuity required to send humans to another planet is -- to put it simply -- astronomical.

To help attempt such a feat­, scientists and engineers must solve hundreds of questions and issues. Researchers are formulating answers about the surface of Mars based on the observations made by their circling satellites and roving robots.­

­Let's do a quick refresher on the Red Planet. ­Mars is the fourth planet from the sun and is about the same age as Earth, roughly 4.6 billion years old. Mars has a r­adius of about 2,107 miles (3,390 kilometers), which is about half the size of our planet. On the whole it's much chillier (though summers can get warmer). Don't think about running around the surface of Mars without your space suit just yet though. If the atmosphere's low pressure doesn't kill you, the carbon dioxide that makes up 95 percent of it will. The Martian atmosphere contains only 0.13 percent oxygen versus Earth's 21 percent. Mars lacks a strong magnetic field, though scientists suspect a stronger magnetic field (a byproduct of a hot, fiery core) existed at one time. Large dust storms frequently occur on Mars, and two, small moons named Phobos and Deimos orbit the planet [source: NASA].

­So what do gymnasts and Mars-bound astronauts have in common? Besides wearing quirky uniforms, both must stick their landings in order to succeed. This article will specifically focus on one aspect of a manned mission to Mars -- the landing. Let's read about some of the challenges researchers must overcome in order to safely arrive on Mars.