by Mark Mancini Dec 23, 2019
The X17 particle could help to explain dark matter, the mysterious substance that is believed to account for a large amount of the mass in the universe. It may be a "fifth force" beyond the four accounted for in the Standard Model of physics. Pcharito/Wikimedia Commons (CC By-SA 3.0)

It's the most important quartet in science. So far as anyone's been able to prove, the universe is governed by four "fundamental forces" — gravity, electromagnetism, the strong force and the weak force. Maybe they're not alone. In 2015, a Hungarian team led by physicist Attila Krasznahorkay reportedly discovered new evidence for a fifth fundamental force — something previously unknown to science.

The group uploaded another paper about the subject to arXiv (a research database) Oct. 23, 2019. While many scientists are skeptical about these findings, the research does give us an occasion to talk about the major forces we all take for granted.

Fundamental forces are irreducible, meaning they can't be broken down into other, more basic forces. These are the core phenomena behind every other known type of physical interaction. For example, friction, tension and elasticity are all derived from electromagnetism.

And what's that, you ask? Electromagnetism is a force that affects all positively and negatively charged particles. Those with opposite charges attract while the ones carrying "like" charges repel each other. Not only does this principle keep magnets on your fridge, but it's also the reason why solid objects are able to retain their shapes.

Compared to electromagnetism, gravity is rather weak. Surprisingly enough, it's actually the weakest of the four fundamentals — including the so-called "weak force." (We'll get to that one in a bit.) For now, let's turn to the appropriately-named strong force. This is what holds atomic nucleuses together, even in spite of their charged protons, which are constantly trying to escape.

Last, but not least, there's the weak force (aka: the "weak interaction"). By transforming particles, it facilitates radiometric dating, a process scientists use to determine the ages of fossils and artifacts. Oh, and did you know the weak force powers the sun? Kind of a big deal that.

Making Sense of It All

Scientists have a theory that nicely describes three of those forces. Known as the Standard Model of physics, it's made up of various measurements and mathematical formulas. It also breaks down elementary particles into categories and subcategories.

"The Standard Model (SM) of physics is the present framework for describing the subatomic world at all energies," MIT physicist Richard Milner says in an email. "It was developed post-World War II and I count at least 18 Nobel Prizes in Physics since 1950 that have been awarded for contributions to its development."

Like all good theories, the Standard Model has accurately predicted numerous scientific breakthroughs, including the discovery of the elusive Higgs boson particle July 4, 2012.

Yet it doesn't answer every question. The Standard Model offers no explanation for gravity and it hasn't brought scientists any closer to understanding dark matter, a mysterious ingredient that makes up about 27 percent of our universe.

The Hunt for Particle X17

Here's where Krasznahorkay and company come in. During a 2015 experiment at the Hungarian Academy of Science's Institute for Nuclear Research, they watched excited Beryllium-8 atoms decay inside a particle accelerator. Normally, this process releases light — which is later converted into electrons and positrons (a type of subatomic particle with a positive charge).

Sure enough, that's what happened. But then things got interesting. Normally Beryllium-8 decays in a predictable fashion, yet a weirdly high number of these electrons and positrons repelled each other at a 140-degree angle.

To explain the surplus, Krasznahorkay's team argued that a never-before-seen particle had been formed as the atoms decayed. By their calculations, this theoretical, subatomic body would have a mass of around 17 million electronvolts. They went ahead and named it the "X17" particle.

Now, X17 is once again making the news. Recently, the same Hungarian scientists detected an anomaly in decaying samples of Helium-4. According to their arXiv paper, an unforeseen surplus of positrons and electrons was released — possibly because another X17 particle was created.

If this mystery particle exists, it might be something very special. Maybe — just maybe — it's a newfound carrier boson.

Bosons are spinning particles that probably lack internal structure. They're known to carry forces, making them an integral part of the Standard Model.

Under the Standard Model, Milner explains, "forces take place by exchange of the 'carrier' bosons" between other subatomic particles. It's said each of the four fundamental forces has its own corresponding boson. The one that transports gravity hasn't been found yet, but the carrier bosons associated with strong force, weak force and electromagnetism are well-documented.

Presumably, X17 would be the carrier boson for a fifth fundamental force we never knew existed. And perhaps said force is somehow related to dark matter.

But we're getting ahead of ourselves. You see, there's no hard proof that X17 exists in the first place. The European Organization for Nuclear Research — better known as CERN — has yet to find any trace of the particle. And the new arXiv paper is still awaiting peer review from other scientists.

"Independent groups must perform experiments to establish the existence of the X17. The Hungarian experiment should be repeated," writes Milner. He and his colleagues have devised a proposal to try and generate X17 particles in a "scattering experiment" at the Thomas Jefferson National Accelerator facility in Newport News, Virginia.

At present, the Standard Model doesn't account for any new fundamental forces. So if the X17 and the "fifth force" it allegedly carries are real, we'll have to modify the good old SM. At all rates, it's clear that the subatomic world is still rife with secrets.

Now That's Funny
On April Fool's Day, 2018, CERN announced the discovery of a (fictional) "Humpty Dumpty" particle. In a phony press release, a source claimed "It took us some time to unscramble the data but sunny-side up we cracked it. This result was not over easy to achieve ... At one point, we were treading on eggshells to prevent other collaborations from poaching the data."

The Cornish Game Hen Is Neither Cornish Nor a Hen

Why Is Missouri Called the Show-me State? 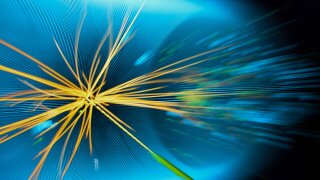 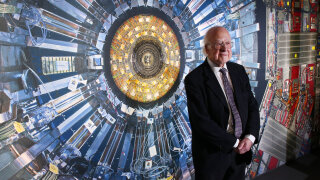 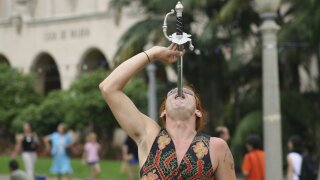