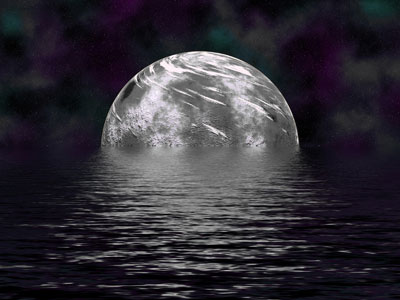 In early August 2007, scientists representing the Trans-Atlantic Exoplanet Survey (TrES) announced the discovery of the largest known planet in the universe. The planet is called TrES-4 because it was the fourth planet discovered by the TrES, a network of three telescopes operating in the Canary Islands, Arizona and California. TrES scientists initially spotted the planet in the spring of 2007 in the Hercules constellation, 1,435 light years from Earth [source: BBC News].

TrES-4 orbits a star called GSC02620-00648 and takes only 3.55 Earth days to finish a revolution. The planet is mostly made up of hydrogen and is classified as a gas giant, like Jupiter, Saturn, Neptune and Uranus in our solar system.

The excitement about TrES-4 is not just because of its size -- it's because some scientists believe the planet is so large yet so light that it shouldn't exist at all. TrES-4 is 70 percent bigger than Jupiter, our solar system's largest planet, but has 25 percent less mass [source: National Geographic]. Georgi Mandushev, the lead author of the journal article announcing the planet's discovery, said that "theoretical models of planets cannot explain this one" [source: ABC News Australia]. It's been called part of a group of "fluffy planets," but no planet so large and yet so lacking in density has ever been found [source: Scotsman].

But notions of a planet floating on water are only theoretical. In actuality, it would be impossible for an entire planet to literally float on water. First, TrES-4 is a gaseous planet; one researcher said that it likely doesn't have any solid areas on its surface [source: Scotsman]. If TrES-4 somehow crossed paths with a less massive planet, TrES-4 would probably swallow the smaller planet up, while a larger planet could, owing to its greater gravity, tear TrES-4 apart. Even so, the concept of a planet floating on water highlights how unusual TrES-4 is.

Scientists from the Transatlantic Exoplanet Survey speculate that TrES-4 has such a large size relative to its mass because of its high temperature -- around 2,300 degrees Fahrenheit. Further study of the planet will focus on how it can be at once so large and so light while closely orbiting its parent star.

On the next page, we'll look at how scientists find planets like TrES-4 and learn about a planet as baffling as TrES-4. 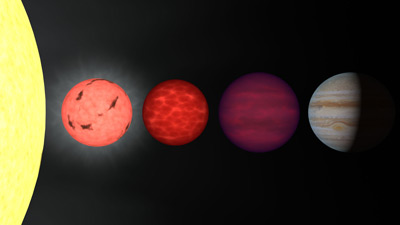 For more information about exoplanets, planet hunting and other related topics, please check out the links on the next page.

How Carl Sagan Worked
Can You Nominate Yourself for a Nobel Prize?
10 Scientific Words You're Probably Using Wrong