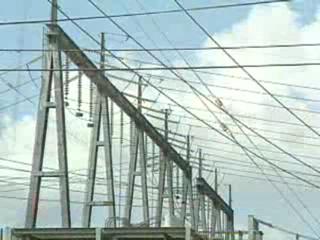 Even though electricity had been discovered long before, it was not until 1897 that scientists discovered electrons, upon which electricity is founded. Electrons are negatively charged particles that orbit the nuclei of atoms. In some materials, the electrons stick with their atoms rather than move around; these materials are called electrical insulators. The different electrical insulators include wood, plastic, glass, ceramic, cotton and air. The electrons in the atoms that make up these materials are tightly bound to their atoms.

In other materials, like most metals, the electrons (in this case called free electrons), do detach from their atoms and move around. These electrons are known as electrical conductors because they allow electricity to flow easily through these materials. In order to move, electricity needs to be transmitted by a conductor.

One thing electrical conductors are used for is the production of electricity by batteries, fuel cells and solar cells. Negatively charged electrons are drawn to anything that is positively charged, like the positive side of a battery. Just like water flowing downstream and turning a water wheel that happens to be in its way, electrons will flow through a battery and charge whatever load happens to be in their way (such as a light bulb).

How this works is as follows: The source of electricity (e.g. the battery) has a positive terminal and a negative one. When you connect a conductor (e.g. a copper wire) to the negative terminal, the electrons will flow through it. If you then attach a load (e.g. the light bulb) to the conductor, the electricity will power the load.