Diamonds are judged on several factors that determine their beauty. Most diamonds never reach the consumer market because they are too flawed. Often, these diamonds are used for industrial purposes -- as an abrasive, for drill bits or for cutting diamonds and other gems. If you've ever purchased a diamond, you've heard of the "4 Cs:"

Other unique qualities of the diamond include its transparency, luster and dispersion of light. A diamond that is created from 100-percent carbon will be completely transparent. Diamonds often contain other elements that can affect their color. Although we often think of diamonds as being clear, there are also blue, red, black, pale green, pink and violet diamonds. These natural colored diamonds are the truly rare ones, and thereby can sometimes be the most costly.

Photo courtesy Getty Images Only the very best diamonds will be mounted into extravagant bracelets, earrings and rings like these.

Diamonds are made in the molten magma deep inside the Earth. Only nature can create diamonds, but it is people who have created the artificial rarity that has spurred demand for these gems. Carbon is one of the most common elements in the world, and diamonds are a form of carbon. Naturally occurring diamonds are no more rare than many other precious gems. The truly rare transparent diamonds are those rated as flawless, meaning that they don't have the slightest imperfection.

Diamonds were not always so popular with the American public, and they were not always so pricey. A diamond placed in a mounting on a ring has a markup of about 100 percent to 200 percent. The only reason why we pay so much more for diamonds today than for other precious gems is because the diamond market is controlled almost entirely by a single diamond cartel, called De Beers Consolidated Mines, Ltd., which is based in South Africa.

De Beers stockpiles diamonds mined from countries around the world and releases a limited number of diamonds for sale each year. De Beers produces half of the world's diamond supply and controls about two-thirds of the entire world market, according to a Washington Post report. At times, just to keep prices up, De Beers has bought tremendous numbers of diamonds from countries attempting to inject large quantities into the market. If De Beers were a U.S.-based company, it would be in violation of antitrust laws for fixing the prices of diamonds.

Next, we'll learn about the marketing strategies behind De Beers' success. 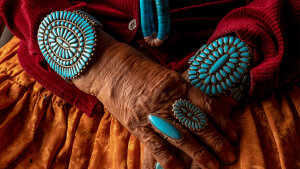 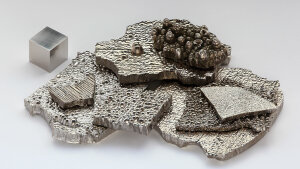 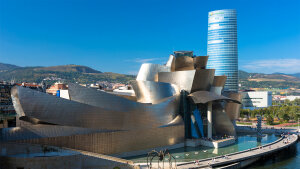