Independence Hall, the St. Louis Arch, the Golden Gate Bridge and other manmade landmarks help tell the story of America — but only up to a point. The country's deep past is also recorded in geology.

In days gone by, settlers and explorers used our natural wonders as navigational tools. Now, these rock formations are popular vacation destinations. The Grand Canyon, for instance, attracted 6.3 million visitors in 2018 alone. During that same year, some 11,000 outdoor enthusiasts sought permits to climb Mount St. Helens in Washington state. We're drawn to such places because of the stunning views they offer, and the sense of awe they inspire.

And knowing a little bit about how awesome landmarks like Nebraska's Chimney Rock or North Carolina's Pilot Mountain formed will only enhance your appreciation for them. To that end, we're throwing a salute to some of America's geological treasures.

You may recognize Chimney Rock from its appearances in the "Oregon Trail" computer games. A natural spire in Nebraska's panhandle, it greeted thousands of westbound travelers during the 18th century. The real Oregon Trail ran right past Chimney Rock, and so did the equally-historic Mormon and California trails.

At present, Chimney Rock stands 325 feet (99 meters) tall. But it's slowly eroding away. This trailside marker is made up of geological strata that were deposited between 34 and 23 million years ago. Prehistoric volcanoes in Utah and Nevada used to emit huge clouds of ash that would settle on the great plains. There, the ash mixed with sands, clays and silts brought down from the Rocky Mountains by local waterways. The result? Brand-new layers of rock.

Within the past 5 million years, water and wind carved these layers up. Erosion sculpted Chimney Rock out of the existing strata, along with Nebraska's famous Courthouse and Jailhouse Rocks. Slowly but surely, the same process is still whittling all three landmarks down. Don't worry, though. They're not likely to disappear anytime soon.

Thomas Jefferson's father, Peter, helped map this tree-topped beauty way back in 1751. Originally known as "Jomeokee," which means "great guide" in the language of the Saura Native Americans, Pilot Mountain is a great example of a monadnock.

Monadnocks are isolated hills, knob-like protuberances, or small mountains with steep sides. The terrain surrounding them is more or less flat and they rise sharply above it. Another name for monadnock is "inselberg," which is German for "island mountain."

Well, Pilot Mountain certainly fits the bill. A member of North Carolina's Sauratown Mountain Range, its peak stands 1,400 feet (427 meters) above the mostly level countryside at its base. Pilot Mountain's summit is a rounded knob dubbed the "Big Pinnacle." Some 200 feet (61 meters) in height, its walls are almost vertical. While the bulk of this mountain is covered in trees, those rocky walls are pretty much naked.

Pilot Mountain is largely made up of hard quartzite, which is very resistant to erosion. Therein lies the secret to its longevity. Birders may be interested to know that Big Pinnacle is now a protected nesting area for ravens and turkey vultures.

North Carolina's Pilot Mountain is a great example of a monadnock, which are isolated knob-like bulges.
Wikimedia Commons/CC BY-SA 3.0

More than 75 percent of all the world's active and dormant volcanoes are located in the Pacific "Ring of Fire." A belt of volcanically active sites and earthquake-prone areas, it passes through New Zealand, the Indonesian Archipelago, the Philippines, Japan, Russia and the western coastlines of the Americas.

The ring encompasses North America's Cascade Mountain Range. Stretching from California to British Columbia, the range is a byproduct of tectonic subduction. For millions of years, the Juan de Fuca oceanic plate in the northwestern Pacific has been getting pulled (or "subducted") underneath the more buoyant North American continental plate.

On its way down, water trapped inside the oceanic plate gets released. Once freed, it produces magma: liquid and semi-liquid molten rock. This stuff can travel upward and erupt onto the Earth's surface as lava.

The volcanoes in the Cascade Range were formed by a combination of erupting lava and magmas that accumulated below the surface. Mount St. Helens is particularly infamous. Located 96 miles (154 kilometers) south of Seattle in Washington state, it underwent a catastrophic eruption on May 18, 1980. The disaster claimed 57 lives and Mount St. Helens lost about 1 cubic mile (4.1 cubic kilometers) of rock in the process, severely lowering the volcanic mountain's peak.

About 50,000 years ago, an asteroid measuring just 150 feet (46 meters) across smacked into the northern Arizona desert, some 40 miles (64 kilometers) east of where Flagstaff now sits. Striking the planet with the force of 2.5 tons (2.26 metric tons) of TNT, it left behind an otherworldly crater.

At 570 feet (173 meters) deep and 4,100 feet (1,250 meters) wide, Barringer Crater is a sight to behold. Geologists think the violent impact from the asteroid displaced about 175 million tons (159 million metric tons) of southwestern rock.

We know the asteroid itself mainly consisted of an iron-nickel alloy. Mathematical models suggest that it fractured into pieces before striking Earth. An especially large hunk probably hit Earth at the incredible speed of 7.45 miles per second (12 kilometers per second).

Barringer Crater is also known simply as "Meteor Crater." Yet its true identity wasn't always obvious. Scientists used to think the great pit was formed by volcanic activity. However, in 1903, geologist Daniel Barringer correctly surmised that it was an impact crater left behind by some extraterrestrial object. By the early 1960s, this had become the scientific consensus.

A whole lot of history is written on the Grand Canyon's breathtaking walls. The oldest material, exposed near the bottom of the Upper Granite Gorge (and some other areas), resides in a layer called the Vishnu Basement Rock. Approximately 1.84 to 1.66 billion years old, this layer includes granites, schists and gneiss. Some Vishnu Basement Rock deposits were radically transformed when the North American continent collided with volcanic island chains.

Meanwhile, one of the youngest strata is the Kaibab Limestone, which hugs the canyon's rims in several places. According to the National Park Service, it was laid down a scant 270 million years ago — shortly before the biggest mass extinction event that our world's ever seen.

Of course, extinctions can't happen on a lifeless planet. And the Grand Canyon is jam-packed with a diverse collection of fossils, representing all kinds of different organisms like trilobites, ammonites and ancient plants — to name a few.

Nobody knows when the canyon itself formed. Some researchers think it may have emerged in phases, with the Colorado River linking a series of smaller, variously aged canyons together into the 227-mile (446-kilometer) natural wonder that now graces Arizona. Proponents of this (rather controversial) hypothesis say the big merger could've been completed as recently as 5 to 6 million years ago.

The Grand Canyon is jam-packed with a diverse collection of fossils, representing all kinds of different organisms.
Wikimedia Commons/CC BY-SA 3.0
NOW THAT'S INTERESTING
Mount St. Helens isn't the tallest volcano in the Cascade Range; that honor belongs to Mount Rainier. The 14,411-foot (4.392-meter) icon of the Pacific Northwest hasn't experienced a major eruption in several thousand years — although the last small-scale eruption took place in 1894.

Rare Asteroid Discovered With Fastest Orbit Around the Sun 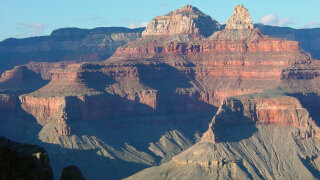 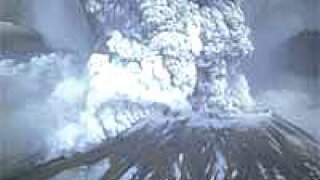 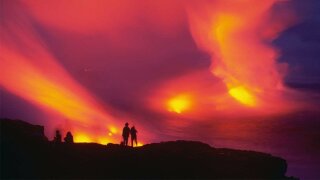