Prev NEXT
In March 2007, a massive lahar (mudflow) made its way along the Whangaehu River in the National Park, New Zealand after breaking the crater wall on Mount Ruapehu stratovolcano. Phil Walter/Getty Images

Volcanoes have unstable surfaces, so landslides are likely even when the volcano is dormant. In addition to the fact that the surface is composed mostly of loose rock, the volcanic gases create acidic groundwater. This contributes to the rocks' breakdown, making them more likely to be carried away.

Lahars are powerful landslides that originate on the slopes of volcanoes. They're set off by water and don't necessarily occur during eruptions. The water could be delivered in the form of a rainstorm, melted snow and ice, or a glacier melted by lava flow. Along with the contributing water, lahars contain mud and rock. Sixty to 90 percent of a lahar's weight may come from rock debris, lending it grave force. Lahars can reach speeds of 20 mph to 40 mph (32 kph to 64 kph) and travel more than 50 miles (80.4 kilometers) ripping up any trees and homes in their path. This makes them an especially dangerous kind of volcanic hazard [source: Landslide Hazards, USGS].

Sometimes, lahars are generated when ice melts at the hands of a pyroclastic flow. Pyroclastic flows are amalgamations of ash, lava, rocks, and gas that come barreling down volcanic mountains either during an eruption or when a volcano's dome collapses. Setting off landslides is just one of the threats they pose to human life. These high-speed flows have been clocked at up to 450 mph (724 kph) and they can reach temperatures of 1,500 degrees Fahrenheit (815.5 degrees Celsius). Pyroclastic flows that surge with hurricane-force haste are capable of tearing up and burning anything in their path [source: Landslide Hazards, USGS].

Not all causes of landslides are as obvious as the ones listed so far. Humans certainly play a part in causing equally devastating landslides. Read on to find out what mistakes we make and how we can prevent and prepare for landslides. 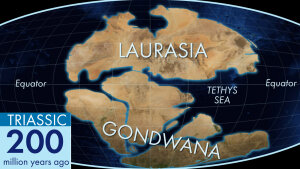 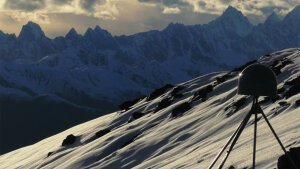