5 Reasons Why the Great Lakes Are So Great

There's no place like H.O.M.E.S. If you don't get the reference, that's the acronym some people use to help them remember the names of North America's Great Lakes: Huron, Ontario, Michigan, Erie and Superior. (Although technically, Huron and Michigan are the same lake.) Together, these vast bodies of water enrich our world on countless fronts; here are five reasons why everybody should love them.

5: They Contain Much of the World's Fresh Water

Technically the Great Lakes hold one-fifth of the world's fresh surface water. That's a lot of water, especially when, one in five people around the world don't have reliable access to safe drinking water. It's a badly-needed resource. Some 97 percent of all the water on our planet is saltwater. And most of the globe's freshwater supply is either frozen in glaciers or buried underground. One reason why the Great Lakes are so important is they harbor 20 percent of all the liquid water on Earth's surface. All the more reason to keep them pollution-free.

Exactly how much water are we talking about here? Put together, the five Great Lakes have 6 quadrillion gallons of it. For metric system fans, that's 22.7 quadrillion liters. With this amount of H2O, an aspiring supervillain could cover the contiguous United States in 10 feet (3 meters) of standing water.

4: 150 Fish Species Are Native to the Region

The Great Lakes were born when glaciers receded from this part of the world at the end of the last ice age. As the icy bulldozers went northward, they carved out deep troughs in the earth that later filled with water. Paleontologists think that the Great Lakes' native fish species migrated into the area from drainages like the Hudson Bay and the Upper Mississippi River. Of these indigenous fish, none can match the lake sturgeon in size. Adult sturgeon can be more than 7 feet (2.13 meters) long and weigh 240 pounds (108 kilograms). Other well-known species include the muskellunge, rock bass and northern pike.

But not all the fish are locals. Several game species like Atlantic salmon and rainbow trout were deliberately introduced. Other exotic fish, such as the sea lampreys, just snuck in. Either way, some of these newcomers are killing or out-competing the native species — which is a huge problem.

3: Migratory Birds Use the Lakes as Waystations

Not into fishing? Try birdwatching. Millions of hawks, geese and other birds take biannual pit stops in the Great Lakes basin every year as part of their migration cycles. The wetlands, forests and islands here are terrific places for the flyers to rest and feed before moving on. Some then fly as far north as the Arctic Circle or as far south as Argentina. Their visits are a boon for cities and towns in the Great Lakes area. In Ohio alone, more than 68,000 birdwatching tourists drop by each spring to see the winged travelers arrive. The influx generates $40 million annually for the Buckeye State's economy.

2: The Microclimate Is Ideal for Wineries

Water and land have different relationships with heat. By comparison, water takes longer to warm up and cool down. On the shores of a large lake, this fact is readily apparent. When springtime comes, the lake's temperature will rise more slowly than the land that surrounds it. As a result, air around the coastline tends to be cooler than inland air every spring. You'd think this would hurt farmers who live by the shoreline, but it can actually help them. The chillier temperatures cause fruit trees to blossom later in the season. As a result, apples, peaches and other fruits are less likely to get killed by sudden frosts.

Fruits that don't tend to fare well up north can thrive by the Great Lakes. Accordingly, the region has a huge fruit-growing industry. One nice byproduct of weather is the abundance of wineries around Lakes Michigan, Erie and Ontario. The microclimate and loamy soil in those areas makes them well suited for viticulture. That's part of the reason why Ontario produces more wine than any other Canadian province.

Just about every type of boat or ship you can imagine — from wooden canoes to mine-laying submarines — has deployed on the Great Lakes at some point in time. And this is to say nothing of the naval battles that broke out here during the War of 1812. So it's not surprising that the lakes contain an estimated 8,000 shipwrecks, with new ones being discovered on a regular basis.

Quantity is nice, but so is quality. Many of these vessels are almost perfectly preserved. The Great Lakes contain cold, fresh water. That allows shipwrecks to last longer than they would in the ocean. In saltwater, iron-based metal corrodes more rapidly. Also, the ocean's home to shipworms that feast on wooden wrecks. Finally, there's coral, which thrives in warm waters and can encrust itself all over submerged vessels.

Conditions in the Great Lakes make it a lot easier for archaeologists to study shipwreck sites. There are also strict anti-looting laws which help prevent the artifacts on these ships from being stolen. However, that being said, there's still one big threat to the sunken vehicles: Invasive zebra mussels. It's thought that when the mollusks latch on to boat hulls, they end up damaging wooden and metallic wrecks alike. The situation has historians scrambling to document important ships before too much harm befalls them.

Now That's Cool
On Lake Huron, there's a Canadian landmass called Manitoulin Island. With an area of 1,067 square miles (2,765 square kilometers), it's the largest island in the world that resides in a freshwater lake. And get this: Big old Manioulin has 108 lakes of its own — some of which contain tiny islands. So in summary, a visitor could theoretically stand on a little island in a little lake that's on a big island in a big lake. Neat!

Your Smartphone Is a Vampire. Here's How to Fight It 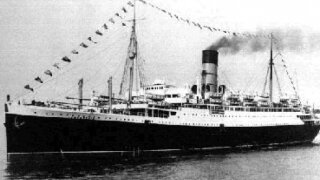 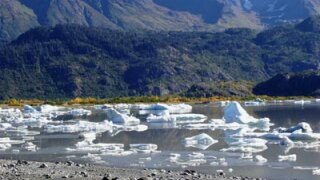 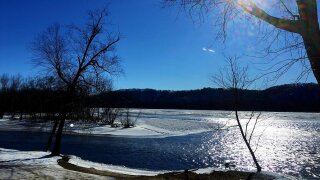 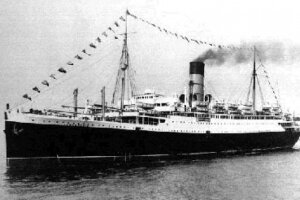 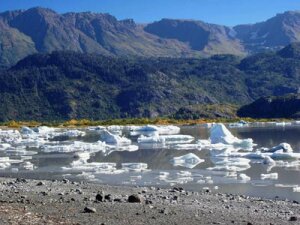 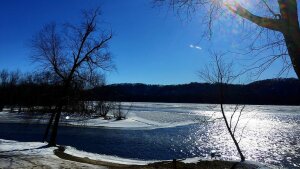