When winter weather ups the stakes of hopping in your car and making a grocery run, one effective method for preventing traffic accidents is to deice the roads with salt — yes, good old-fashioned sodium chloride. Communities all over North America use rock salt to make their roads safer, burning through around 25.4 million tons (23 million metric tons) of it every year. But what happens when the sodium chloride-based deicer inevitably makes its way off the roads and into bodies of water?

That's when salt stops being useful and starts being pollution.

A new study published in the Proceedings of the National Academy of Sciences, and conducted by a team of professional and student researchers as part of the Global Lake Ecological Observatory Network (GLEON) Fellowship Program, found that North American lakes are getting saltier as a result of efforts to keep cars on the roads in icy conditions. Of the 371 lakes monitored over the course of at least a decade  — 284 of which were located in the North American Lakes region of the Northeastern and Midwestern United States — 44 percent are undergoing long-term salinization.

"We compiled long-term data, and compared chloride concentrations in North American lakes and reservoirs to climate and land use patterns, with the goal of revealing whether, how, and why salinization is changing across broad geographic scales," said lead author Dr. Hilary Dugan, a limnologist, or lake scientist, at the University of Wisconsin-Madison, in a press release. "The picture is sobering. For lakes, small amounts of shoreline development translate into big salinization risks."

If you've ever stirred a spoonful of salt into a glass of water, you'll know it dissolves completely into water. It also happens to be toxic for wildlife, especially the animals at the bottom of the food web like fish, invertebrates and plankton, and causes dangerously low dissolved oxygen conditions in a freshwater ecosystem. Salt also can't be removed from the ecosystem once it's there — ask any ocean. Chloride pollution can also become a huge problem for people, especially once that salty water makes its way into the groundwater that some municipalities and private homes use for drinking water.

Lake Monona, in Madison, Wisconsin. is experiencing rising salinity due to the application of salt on nearby roadways.
Hilary Dugan

The research team calculated the road density and land cover within 100 to 1,500 meters (328 to 4,920 feet) from the shoreline of each of their study's 371 lakes, and found that having roads and other hard surfaces within 500 meters (1,640 feet) of the shore went hand in hand with elevated chloride levels. In fact, in the North American Lakes region, chloride was on the rise in 70 percent of lakes that had more than 1 percent impervious land cover like roadways within that 500-meter buffer.  Around 7,770 lakes meet that description in the North American Lakes Region. If this trend continues, the lakes will surpass chloride safety limits set by the U.S. Environmental Protection Agency within the next 50 years.

The study authors say their results probably reflect a conservative estimate of the amount of damage being done by road salting, since data on exactly how much salt is being laid down in any one region varies over specific periods of time.

Can Animals Experience Culture Shock, Too?

You Might Need Half as Much Vitamin D as Previously Thought 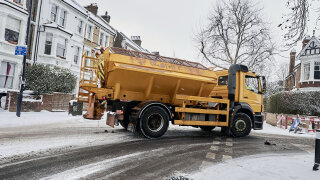 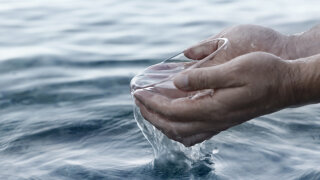 How does desalination work?