In 1939, author Henry Miller wrote a semiautobiographical novel that created a whole lot of controversy. The book in question? "Tropic of Capricorn," which was banned in the United States until 1961 because of its explicit sexual content. The novel chronicles the protagonist's life, including a job at the "Cosmodemonic Telegraph Company of North America," which you can suspect influenced the book's title. But "Tropic of Capricorn" (as well as Miller's other famed book, "Tropic of Cancer") have roots outside the literary world and in the stars.

Otherwise known as the Southern tropic, the Tropic of Capricorn is one of five major circles of latitude that you'll find on a map or globe. These latitudes are the imaginary east-west circles that indicate positions on Earth, when coupled with lines of longitude, which are imaginary circles intersecting the North and South poles and equator. The Tropics of Capricorn and Cancer were delineated because they are both places within the hemispheres where it's possible for the sun to be directly overhead. For ancient travelers who used the heavens to guide their way, these were crucial demarcation lines. The five major lines of latitude mark specific points on Earth:

That brings us to No. 5: The Tropic of Capricorn. Located at approximately 23.5 degrees south latitude, or 23.5 degrees south of the equator, this circle marks the southernmost point on Earth where the sun is directly overhead at noon. To be even more specific, it marks where the sun is overhead at noon on Dec. 21, which marks the beginning of summer in the Southern Hemisphere.

So why the astrological reference? The lines of latitude were named a long time ago — about 2,000 years ago, to be exact. When the Tropic of Capricorn was named, the sun happened to be in the constellation Capricorn during the December solstice (centuries later, the sun no longer sits in that constellation at that time of year). And as far as the "tropics" reference, the geographical sites are significant because they are the places on Earth where it's actually possible for the sun to sit directly overhead.

Why Dogs Love Belly Rubs, Cats Not So Much 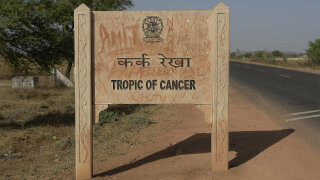 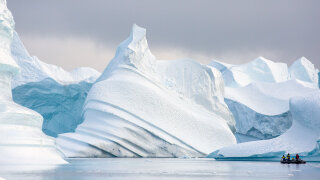 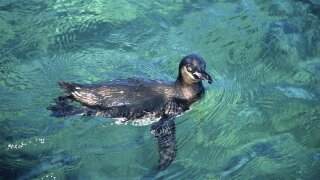