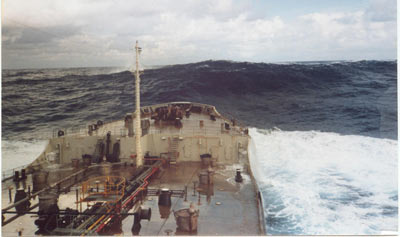 During the second season of "Deadliest Catch," a documentary television series about crab fishing in Alaska's Bering Sea, cameras recorded footage of a giant wave striking the ship "Aleutian Ballad." The 60-foot (18-meter) wave rolled the­ boat onto its side and caused significant damage, though fortunately none of the crew was seriously hurt. The Ballad limped back to port for repairs. The footage captures the suddenness of the massive wave, and just before the impact sends the camera operator tumbling, the "wall of water" breaking over the boat can be seen with frightening clarity.

What was this colossal wave that appeared seemingly out of nowhere? It was a rogue wave. Rogue waves sound like something straight out of a sailor's tall tale: ominous, mysterious, solitary waves of enormous height crashing down on ships at sea in seemingly calm waters. But as improbable as they might seem, recent st­udies suggest these rogues are more common than anyone previously guessed.

Imagine having an 80-foot wall of water barreling toward you. Actually, that might be too tall an order. It's easy to throw around heights like 50 feet or 90 feet without really grasping how huge a wave of such height would be. Here are some handy comparisons:

Understanding these giant waves is more than just a scientific curiosity -- being able to predict and avoid them could save dozens of lives and hundreds of millions of dollars in cargo every year.

In this article, you'll find out what separates rogue waves (also called freak waves) from other large waves and what causes them, and you'll learn about some of the better-known rogue wave incidents.­ 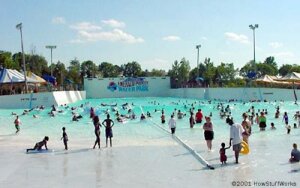