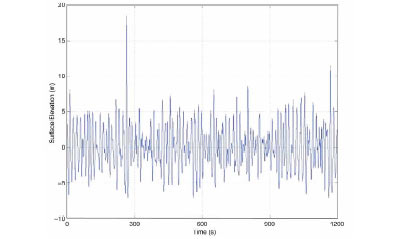 Most reports of rogue waves rely on size estimates by witnesses. These estimates are based on the height of the ship above the waterline and how far up the ship the wave reached when it hit. It was commonly assumed that tales of waves 100 feet tall or taller were exaggerations (and some of them certainly were). At best, such waves were incredibly rare.

Beginning in the 1990s, sailors and scientists began to suspect that rogue waves were responsible for many more losses at sea than they had previously guessed. The Queen Elizabeth II, Caledonian Star and Bremen cruise ships were all hit by monstrous waves in a span of six years. Previously, data collected by weather ships suggested that such waves would occur only every 50 years or more [source: Smith, 210]. In 2004, the European Space Agency (ESA) used data from two radar-equipped satellites to see how frequent rogue waves actually are. After analyzing radar images of worldwide oceans taken over a period of three weeks, the ESA's MaxWave Project found 10 waves 82 feet (25 meters) or higher. That was an astonishingly high number for such a relatively short time span; it forced scientists to seriously rethink their ideas on rogue waves [source: ESA]. The ESA is undertaking another project, WaveAtlas, to survey the oceans over a much longer period and develop the most accurate estimate possible for the frequency of rogue waves.

Other hard evidence of monster waves comes from instruments designed to measure wave heights. One such instrument was mounted on an offshore ­oil rig known as the Draupner Platform. On New Year's Day 1995, the platform was measuring waves no more than 16 to 23 feet (5 to 7 meters) high. Then it suddenly registered a single wave almost 66 feet (20 meters) high [source: Smith, 208]. Canadian weather buoys near Vancouver recorded waves 100 feet high and higher throughout the 1990s [source: Smith, 211].

The Wreck of the Edmund Fitzgerald

Rogue waves may not be restricted to the world's oceans. Extremely large inland waters (such as North America's Great Lakes) may also develop rogue waves, although little scientific data exists to confirm this. Anecdotal evidence abounds, however. One of the most infamous sinkings in Great Lakes history, the "Edmund Fitzgerald," may have been caused by one or more rogue waves. In November 1975, the 729-foot bulk cargo vessel was struggling through a horrendous storm along with the "Arthur Anderson." Blinded by the storm, the Anderson was hit by two 35-foot waves (truly massive even for Lake Superior) and then lost sight of the Fitzgerald on radar [source: Cush, 111]. The Edmund Fitzgerald was eventually found at the lake's bottom, broken in two. Though there are many theories, some suggest that a combination of factors, including the rogue waves that hit the Anderson and drove the Fitzgerald violently under the water, never to resurface.