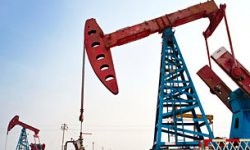 How much do you know about oil drilling?
iStockphoto/Thinkstock

Oil drilling has been around for more than a century. But because of the numerous developments in the technology, it has grown leaps and bounds in that time. And this growth of oil production has also been essential to changing the face of civilization.

In 1859, Edwin Drake dug what is considered the first oil well in Titusville, Penn. During that period, oil was used primarily to make kerosene for lighting purposes. But the development of the automobile industry soon ignited a new market for oil and spurred increased production -- from 150 million barrels produced worldwide in 1900 to more than one billion barrels in 1925.

But the rotary drill was only the beginning in a long line of dramatic advancements that would develop in the 20th century. Some of the most notable that we'll discuss helped improve the efficiency of oil production while making it easier to find oil.

Oil drillers noticed quickly that wells near the shore often produced the most oil. It was obvious that there was a profitable future in finding ways to extract oil from beneath the sea floor. As early as the 1880s, drillers erected rigs on wharfs. But it wasn’t until 1947 that an oil company built the first true oil well away from land.

Since then, and after a long political dispute in the United States about who has the rights to lease offshore areas for drilling purposes, the offshore oil drilling industry took off. One of the technologies that spurred the development of offshore drilling was remotely operated vehicles, or ROVs, which the military was already using to retrieve lost equipment underwater. Because diving in deep water is dangerous, the oil industry adapted ROVS for drilling in the 1970s.

Controlled from the rig above the water’s surface, an ROV is a robotic device that allows operators to see underwater. Some types allow the operator to make an ROV’s robotic arms perform different functions, such as subsea tie-ins and deepwater installations, as deep as 10,000 feet (3,048 meters).

Developed in the 1940s, the process of hydraulic fracturing has become increasingly important in oil drilling. It comes in handy with "tight" reservoirs -- where the rocks containing the oil don’t have large pores. This means that the oil flow from the rocks is weak, and drilling a simple well into the rock won’t get much of the oil out.

To help stimulate the well and drive out the trapped oil, drillers employ hydraulic fracturing. In this process, they inject water combined with chemicals into the well with enough pressure to create fractures in the rock formations -- fractures that can extend hundreds of feet long. To keep the fractures from closing again, drillers send down a proppant, which is a mixture of fluids, sand and pellets. These fractures allow oil to flow more freely from the rock.

According to the American Petroleum Institute, in the United States alone, hydraulic fracturing has helped pump an extra 7 billion barrels of oil from the ground.

At first, looking for a good place to dig for oil simply depended upon finding where it had bubbled to the surface. But because oil reservoirs can be buried deep in the earth, it’s not always obvious from the surface. And because it’s costly to set up a rig and dig a deep well, companies don’t like to waste their time and money on an unproductive spot. Eventually, geologists were brought in to find out where oil would likely be by studying surface rock formations, magnetic fields and even slight variations in gravity.

Engineers and geophysicists study the recorded sound waves (in the form of squiggly lines) to interpret what kinds of layers of rock formation lie in that location. This way, they can construct 3-D images of what lies under the surface (4-D imaging also accounts for the passage of time). Although this advanced technology helps reduce the number of holes drilled and makes for more productive wells, it isn’t foolproof: Engineers are lucky if they can accurately predict the location of oil reservoirs half of the time.

As we just saw, even with today’s advanced technologies of seismic imaging, it’s difficult for drill operators to know exactly what they'll encounter when digging an oil well. And until the 1980s, it was also difficult to know details about what was going on with the drill bit as the hole was being dug. This challenge was overcome by measurement-while-drilling (MWD) technology.

MWD allows operators to receive real-time information on the status of drilling, as well as the ability to steer the well in other directions. It relates information such as gamma rays, temperature and pressure, as well as the density and magnetic resonance of the rock formations. This serves a myriad of functions. It helps operators drill more efficiently while preventing blowouts and tool failures. It also helps operators show that they're not drilling into unauthorized areas.

What’s perhaps most amazing is how this information is transmitted up to the surface. Because it isn’t practical to string a wire or cable down the well from the surface to the drill bit, MWD instead relies on mud pulse telemetry. A mud slurry that is sent down into the well to carry debris back up (through the outer column of the well) provides a convenient acoustic channel to send mud pulses up in a binary code that is decoded on the surface.

Because many oil reservoirs are spread out horizontally, vertical wells may not extract enough oil efficiently from them. A horizontal well is drilled deep down vertically at first, but then changes direction (at what is called the kick-off point) before it encounters the reservoir (at the entry point) and extends horizontally through it. But the advantages of horizontal drilling go beyond increasing well productivity. It also allows wells to be dug safely under environmentally sensitive and protected land.

Although the first horizontal well was drilled in 1929, they were expensive, and the development of hydraulic fracturing soon improved the productivity of vertical wells. Advances such as MWD and steerable motor assemblies, however, made horizontal drilling a more viable option by the 1980s.