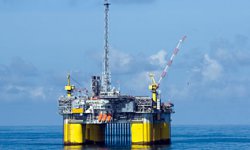 How much do you know about offshore oil drilling?
DCI

The explosion and fire that destroyed the Deepwater Horizon drilling rig in the Gulf of Mexico in April 2010 killed 11 crew members and triggered an environmental nightmare. Before the well was finally capped in mid-July, almost 5 million barrels of oil had been spilled into the Gulf, the National Oceanic and Atmospheric Administration reported, causing catastrophic damage for marine and plant life.

Federal investigators found that the disaster was the result of multiple mistakes made by oil company BP, including an improperly cemented seal on the well that allowed oil to leak, and the company's failure to perform up-to-par maintenance and safety tests and to adequately train the rig's crew, according to Time. In the aftermath of the incident, critics warned that drilling for oil more than a mile under water is inherently risky, since equipment must withstand intense pressure, and the methods used to cap leaks at lesser depths may not work. Nevertheless, six months after the accident, U.S. Secretary of the Interior Ken Salazar decided to allow deep-water drilling to resume, providing that operators comply with newly imposed, tighter safety standards.

What are these new measures, and have any other improvements been made to make offshore oil drilling a safer practice?