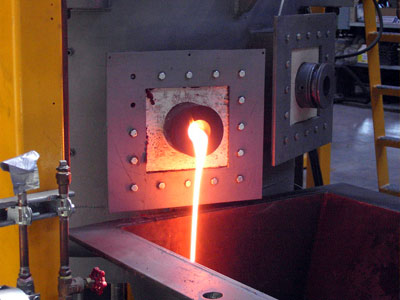 There are three main byproducts that are a result of the plasma gasification process: synthetic gas (syngas), slag and heat. Let''s look at each of these byproducts in more detail.

Syngas is a mixture of several gases but mainly comprises hydrogen and carbon monoxide. It can be used as a fuel source, and some plants use it to both provide power for the plant and sell excess electricity to the power grid. Garbage contains a great deal of potential energy; the gasification process enables engineers to convert the potential energy into electrical energy.

How much gas is generated by a plasma converter? That depends on what you put into the furnace. If the garbage contains a lot of carbon-based material (in other words, organic waste), then you'll get more gas. Waste with a lot of inorganic material won''t yield as much gas. Because of this, some plasma facilities sort through garbage before feeding it into the system.

The solid byproduct from the gasification process is called slag. The weight and volume of the original waste material is dramatically reduced. According to Dr. Circeo of Georgia Tech's Plasma Department:

The slag can take different forms depending on how you cool it.

If slag is air-cooled, it forms black, glassy rocks that look and feel like obsidian, which can be used in concrete or asphalt. Molten slag can be funneled into brick or paving stone molds and then air cool into ready-to-use construction material.

If you were to blow compressed air through a stream of this molten material, you'd end up with rock wool. Rock wool has the appearance of gray cotton candy. It''s light and wispy, and according to Dr. Circeo, it has the potential to revolutionize the plasma waste treatment industry. Rock wool is a very efficient insulation material, twice as effective as fiberglass. It's also lighter than water, but very absorbent. Because of this, it could potentially be used to help contain and clean oil spills in the ocean. Cleanup crews could spread rock wool over and around an oil spill. The rock wool would float on the water while soaking up the oil, making collection a relatively easy process. Hydroponic growing systems can also use rock wool -- farmers can plant seeds in slabs or blocks of it.

Currently rock wool is produced by mining rocks, melting them down and then streaming the molten material onto spinning machines. The spinning machines fling strands of molten material in the air. Today, the price of rock wool is over a dollar a pound. Since rock wool would be a byproduct of the plasma gasification process, it could be sold for as little as 10 cents a pound. The price of insulation would decrease, efficiencies in energy-saving techniques would increase and plasma gasification plants would have another substantial source of income apart from selling electricity back to the grid.

Plasma technology experts, including Dr. Circeo, assert that the slag is virtually unleachable, meaning that any hazardous materials are inert and will not dissolve out of the slag.

The heat created by plasma facilities is considerable, measured in thousands of degrees Centigrade. Heat from the molten slag helps maintain the temperature within the furnace. Some of the heat from gases can be used to convert water into steam, which in turn can turn steam turbines to generate electricity.­

Waste treatment through gasification is unique in that it not only gets rid of garbage and generates electricity, it also produces byproducts that are valuable commodities themselves. In the next section, we'll talk about existing and future plasma plants and pioneering companies in this technology.