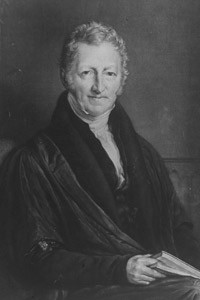 ­­In 1798, an English clergyman named Thomas Malthus made a dire prediction: He said the Earth could not indefinitely support an ever-increasing human population. The planet, he said, would check population growth through famine if humans didn't check themselves.

The theory publicized by Malthus is known as the carrying capacity of Earth. Carrying capacity itself is a well-known and widely accepted concept in ecology. It's a very basic idea -- sustainability requires balance. There is a certain population number above which a species starts to damage its habitat, and life as it stands at that moment cannot go on. Typically, it's starvation that kicks in to cull the herds down to a manageable number.

The idea of Earth's carrying capacity goes something like this: Humans need certain resources to survive at subsistence level -- most commonly air, food, water and usually some kind of shelter. A sustainable habitat is one in which supply of and demand for these resources are balanced. The problem, Malthus suggested, is the difference in growth patterns between the human population and food production. He said that while the human population tends to grow exponentially (by a greater amount each year -- a percentage of the total), the food supply will only grow linearly (by a fixed amount each year -- a number, not a percentage). In this model, humans are bound to outgrow the Earth's resources [source: Sachs].

­For two centuries, scientists have pretty much dismissed Malthus' hypothesis, saying he neglected to account for one very important variable that applies exclusively to humans: technological advancement [source: Sachs]. They have argued that this human ability allows food production to grow exponentially, as well. But scholars have recently begun to rethink their dismissal of Malthus' prediction, for several reasons.

It seems Earth may have a carrying capacity after all.

So are we doomed? How many human beings can the Earth support before resources run low and nature takes over, culling the human herds in order to reestablis­h a sustainable balance? Or do humans' unique abilities to develop new food and energy-production methods negate the danger?

Well, it all depends. 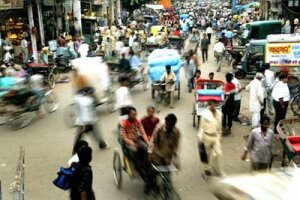